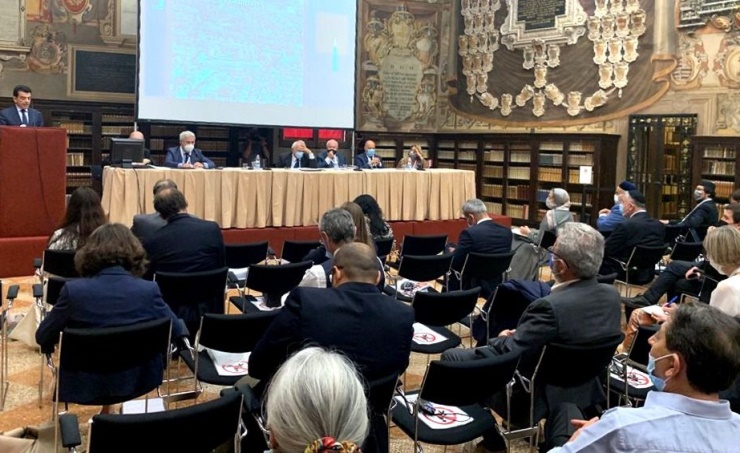 Rabat, September 14 (BNA) The Director-General of the Islamic World Educational, Scientific and Cultural Organization (ISESCO) Dr. Salem bin Mohammed Al-Malik called for the restoration of universal human values, stressing that they should prevail over all ideologies that divide peoples.

In a speech delivered at the opening session of the G20 Interfaith Forum 2021 in Bologna, Italy, the King stressed the need to prepare future generations to become thinkers and creators and to be part of a culture of peace. reports.

ISESCO is moving forward according to a comprehensive work methodology to address peace issues in the educational, economic, cultural, environmental and social dimensions, including focusing on integrating the values ​​of love and compassion in the educational curricula of the member states of the organization. He added in the forum, which was attended by Arab and European officials.

The King said that ISESCO is ready to unite efforts to achieve world peace through the power of education and religious and cultural diversity as it launched ambitious programs aimed at promoting peace, especially by mobilizing youth, women and religious leaders through its program to train youth on leadership for peace and security.

ISESCO also established in 2008 a Regional Center for Peace and Security Education, which embodies its strong commitment to promoting a culture of peace.

The Forum is one of the group’s most important initiatives and provides a space for meeting and dialogue among stakeholders.

READ MORE  HRH the Crown Prince and Prime Minister congratulates the President of the Federal Democratic Republic of Nepal: 20 September 2021