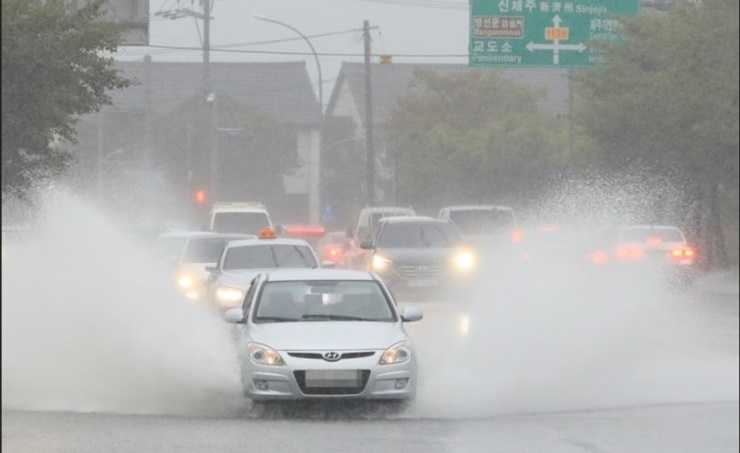 The cyclone is expected to affect the island throughout the week, emptying water of more than 300 mm per hour in some parts of the island.

Rain and strong wind alerts are in effect for the island and a storm warning has been issued for nearby waters.

According to the Jeju Center of the Korea Maritime Transport Safety Authority, only six out of 11 ferries will operate on four routes during the day, and some flights could be canceled due to high winds. More disruptions could come as the hurricane approaches.