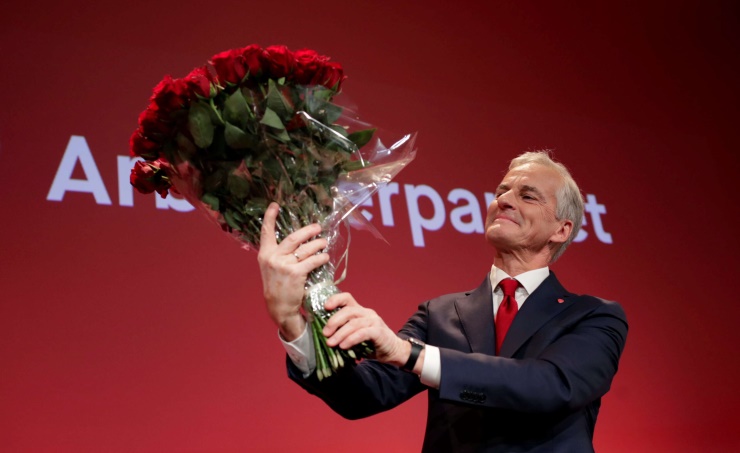 Oslo, Sept. 14 (BNA): Norway’s centre-left Labor Party is set to form a new government after receiving the largest share of the vote in Monday’s parliamentary elections.

With the initial vote counting complete at around 99 per cent, Labor, led by Jonas Gahr Stoer, took 26.4 per cent of the vote, while the Conservative Party, led by Prime Minister Erna Solberg, got 20.5 per cent.

Solberg conceded defeat late on Monday. “I congratulate Jonas Gahr Store on – it now appears – a clear majority for a change of government,” she told her party colleagues.

Solberg said the campaign was tough but good, adding that she was proud of what her party had achieved in the last eight years in office. He is 60 years old and has been the Prime Minister since 2013.

Store said the numbers so far indicate a large majority for the center-left coalition made up of the Labor Party, the Center Party and the Socialist Left Party.

These three parties obtained a majority of 89 seats in the Norwegian Parliament. At least 85 of the 169 seats are needed for a majority.

He said the three-party group was “Plan A,” but added that he wanted to invite all parties seeking a change of government to the talks.

Preliminary results posted losses for both major parties compared to the last parliamentary elections four years ago. While Labor saw a slight decline from 27.4 per cent to 26.4 per cent, the Conservatives posted an even bigger loss of 25 to 20.5 per cent.

On the other hand, many small parties managed to gain. The Center Party’s share of its candidate, Trygiv Slagsvold Widom, was 13.6 percent, putting it in third place and two percentage points ahead of the right-wing populist Progress Party.

Opinion polls before the elections had indicated an imminent change of government in the non-EU country for some time.

If Store’s preferred coalition fails, it can also count on the support of the Greens, currently at 3.8 percent, and the Red Party, which accounts for 4.7 percent.

But minority governments are not uncommon in Scandinavia. In Denmark and Sweden, for example, his left-of-centre colleagues Mette Frederiksen and Stefan Lofven also rule in this paradigm. Solberg has also led Norway’s minority government since the start of 2020, after right-wing populists left the coalition.

Moving to the left and away from the Conservative Party would give Norway a government more in line with its Scandinavian neighbours.

About 3.9 million people are entitled to vote.

Monday was the official voting day, but polling stations in about half of the country’s cities opened their doors on Sunday. Postal and online voting opened earlier, with about 1.65 million Norwegians, or more than 42 percent of all eligible voters, adopting these options.

The Norwegian Elections Directorate is expected to announce the preliminary final result on Tuesday.

Norway’s oil sector has helped make the Scandinavian country one of the richest in the world, but with growing concerns about the climate, many in the country are now demanding an economy less dependent on oil.

The publication of the latest terrible report by the Intergovernmental Panel on Climate Change (IPCC) a month ago has given Labor and other smaller left-wing parties with a clearer focus on climate.

More than a year ago, in the spring of 2020, Solberg was still doing well in the polls, thanks in large part to Norway’s relatively successful management of the first wave of the pandemic.

But her Conservative party numbers have since been eroded, while Store’s Labor Party has risen.

Stoer was foreign minister in the previous Labor government at the time, Jens Stoltenberg, who is currently NATO Secretary General.

In the last election four years ago, Solberg’s conservative party won just fewer seats than Labour. But after months of negotiations, Solberg was able to form a center-right government and retain the top position.