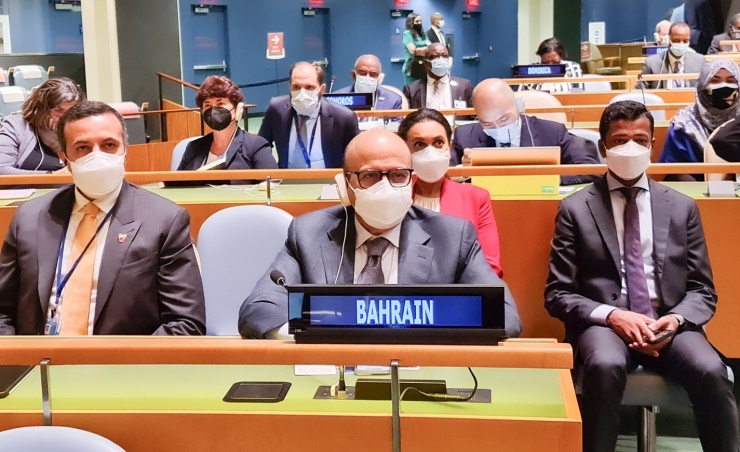 The session of the United Nations General Assembly opened with a speech by the Secretary-General of the United Nations. Mr. Antonio Guterres, in which he pointed out that the unprecedented risks threatening the world today since the beginning of the spread of the Corona virus, which had a significant negative impact, expressed his strong dissatisfaction with the lack of sufficient international cooperation in the field of vaccination.

With regard to peace efforts, he urged the resumption of dialogue between Israel and Palestine to achieve a lasting, just and comprehensive peace, and the need for the two countries to join hands to overcome all crises.

While the President of the 76th session of the United Nations General Assembly, His Excellency Mr. Abdullah Shahid, indicated that the countries of the world have suffered in silence for a year and a half and are concerned about the spread of Covid-19 and its repercussions. around the world.

He also clarified the most important achievements made by the countries of the world during the last period, including the development of vaccines for COVID-19, noting that people desire during the next 12 months to achieve comfort and peace and respond to various challenges. are facing.

He indicated that during his presidency of the 76th session of the United Nations General Assembly, he looks forward to supporting the need for equitable distribution of vaccines to immunize the world, and that a high-level session will be held on this topic, to draw attention. Climate change and human rights as well.

The Bahraini delegation included the Undersecretary for Political Affairs, His Excellency Dr. Sheikh Abdullah bin Ahmed Al Khalifa, the Permanent Representative of the Kingdom of Bahrain to the United Nations in New York, and His Excellency Ambassador Jamal Faris Al-Ruwai’i, Acting Head of Organizations. Ambassador Sheikha Aisha Ahmed Saqr Al-Khalifa and a number of senior officials at the Ministry of Foreign Affairs.