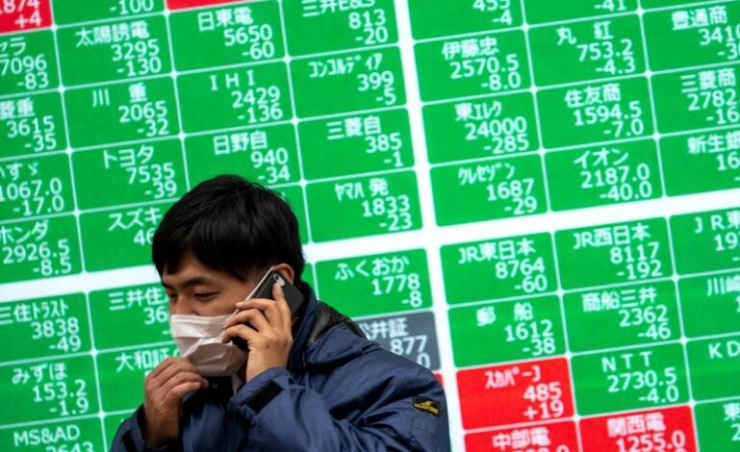 Sydney, Sep 13 (BUS): Asian stocks made a cautious start on Monday, hitting a week full of important economic data in the US, China and the launch of Apple’s latest iPhone, while the Nikkei was close to highs last visited in a year. 1990.

Japanese stocks were in tatters as hopes of fresh stimulus from the new prime minister sent the Nikkei up 4.3% last week. The Topix has already climbed that peak, while the Nikkei index turned to indecision early Monday, according to Reuters.

US Democrats have been considering proposals to raise taxes on corporations and the wealthy that, while not entirely new, could lead to a cautious mood.

Adding to concerns about the regulatory crackdown in Beijing, the Financial Times report was aimed at dismantling Alipay, the hugely popular payments app owned by Jack Ma’s Ant Group.

China released a batch of data on retail sales, industrial production and urban investment on Wednesday that analysts fear will show a further slowdown in the world’s second largest economy.

MSCI’s broadest index of Asia-Pacific shares outside Japan fell 0.1%, after rebounding on Friday.

Wall Street suffered its worst wave since February as doubts about the resilience of the global economic recovery hurt loved ones of previous reopenings in energy, hotels and travel.

Apple will be in focus after it slipped Friday after an unfavorable court ruling related to its App Store, just days before its new iPhone lineup is unveiled.

Also highlighting are US consumer price readings on Tuesday, which is expected to see core inflation rise to 4.2%, while Thursday’s retail sales may show another drop as the spread of delta variables frightens shoppers.

The importance of the CPI was underlined by Philadelphia Fed President Patrick Harker who told the Nikkei that he wants to start tapering off this year just in case the rise in inflation proves to be more than temporary.

Harker preferred to trim the tapering off over a period of 8 to 12 months, longer than some hawks have described.

“Global markets are focused on the timing of quantitative easing by central banks, particularly the Federal Reserve,” ANZ analysts said in a note.

“This is not surprising, given the support provided by the additional liquidity to stocks and assets in general,” they added. “The latest guidance from senior FOMC officials is that tapering is still on the agenda this year, but it is not likely to be announced until November.”

The tension is only set to escalate before the next Federal Reserve meeting on September 21-22, and played a role in pushing US 10-year bond yields toward a major fortress around 1.38% last week.

The drift higher in yields and the general atmosphere of risk aversion helped the dollar to recoup some of its losses last week and leave its index at 92.624, well off its recent low of 91.941.

Gold also had trouble breaking higher and recently settled at $1,786 an ounce, after losing 2.1% last week when it repeatedly failed to clear resistance above $1,130.

Oil prices were firmer on Monday, supported by increasing signs of tighter supply in the US as a result of Hurricane Ida.