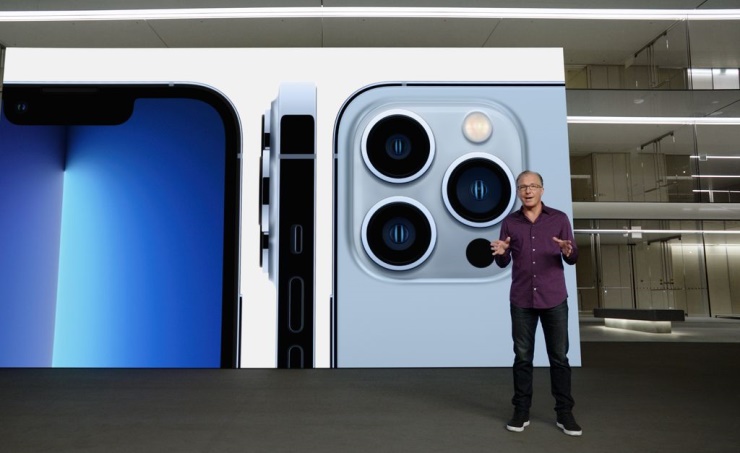 California, Sept. 15 (U.S.): Apple is giving its iPhones a faster processor for Christmas, with four new phones from Mini to Pro Max all ready to head into prime sales season with smoother performance in an all-too-familiar design.

The four iPhone 13 models, revealed on Tuesday, maintain the sharp edges of their predecessors, while adding a number of incremental hardware improvements, according to the German news agency (dpa).

Apple sticks with its cut-out design, but has reduced the amount of space needed for cameras and sensors at the top of the screen by 20 percent.

The Apple Pro and Pro Max both bring the same triple telephoto, ultra-wide-angle, and wide-angle lenses, but they promise better low-light photos and better video stabilization.

Apple also tends to its edge in video quality with the addition of Cinema Mode, which allows amateur filmmakers to manually shift focus between two subjects.

The ultra-wide lens on the Pro and Pro Max is set to bring macro photography, as is the case on some high-end Android smartphones. This means that you can keep your iPhone 2cm away from objects to take photos with details that are hard to see with the human eye.

At this distance, most other smartphone cameras will not be able to focus and only show a blurry image.

Apple promises faster Siri responses, load times for navigation and other tasks with a new A15 Bionic processor.

Battery size and storage options are also growing on some options, and Apple says the combination of the chip and the larger battery will allow an additional 90 minutes of usage time per charge cycle in the iPhone 13 Mini compared to the 12 Mini.

The two more expensive models are also the first to get smoother animations with a high refresh rate of 120Hz in what Tim Cook has described as “the most professional iPhone ever.”

This feature, which allows for less jittery motions when swiping the screen, has been standard on flagships and some mid-range Android phones for two years, but it hasn’t yet appeared on the iPhone.

The iPhone is by far Apple’s most important product, and has at times brought in as much as two-thirds of the company’s business.

Recently, however, its share of sales has fallen below 50 percent, in part because Mac computers and iPad tablets have also become more common in the pandemic. Apple is also releasing new versions of the iPad and the smaller iPad mini.