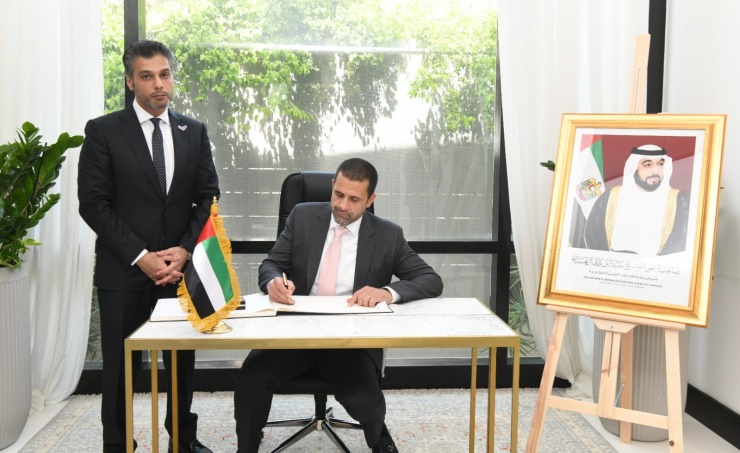 Tel Aviv, May 16 (BNA) The Ambassador of the Kingdom of Bahrain to the State of Israel, Khaled Yousef Al-Jalahma, visited the UAE embassy to offer condolences to the UAE leadership, government and people, following the death of the head of state. His Highness Sheikh Khalifa bin Zayed bin Sultan Al Nahyan.

The ambassador called on God Almighty to have mercy on the late Sheikh Khalifa, and to grant the rulers and people of the Emirates consolation and steadfastness.