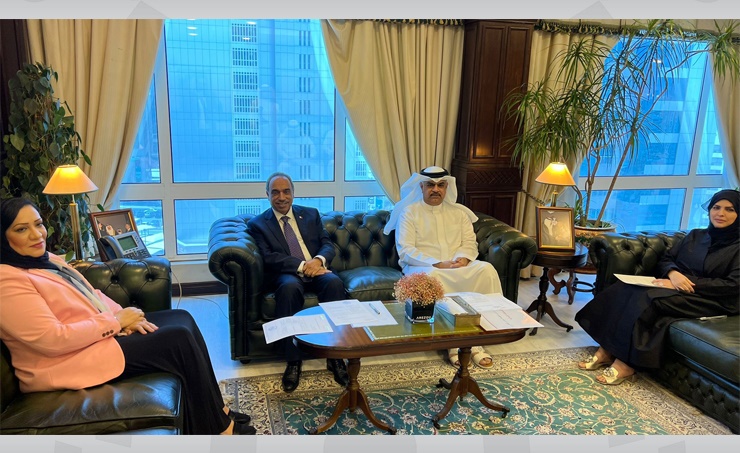 The meeting was attended by the Undersecretary for Works Affairs, Eng. Ahmed Al-Khayat, Director General of the Northern Municipality, m. Lamia Al-Fadala, and senior officials in the Ministry of Works, Municipalities Affairs and Urban Planning.

During the meeting, a number of topics related to the second district in the Northern Governorate and the development of municipal services and projects in it were highlighted.