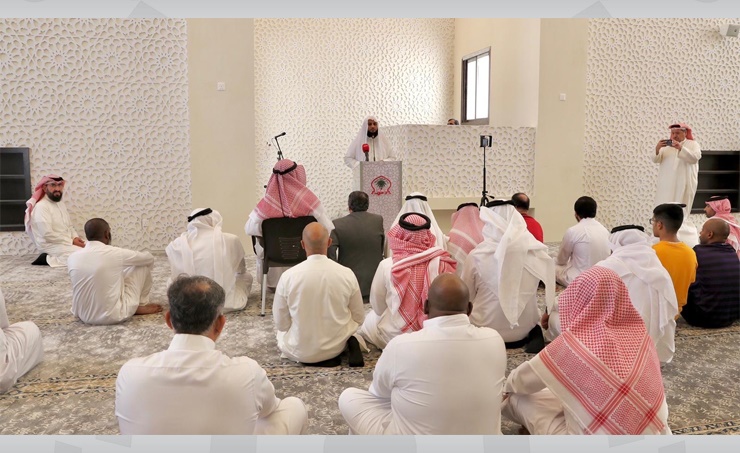 This step comes in line with the directives of His Royal Highness Prince Salman bin Hamad Al Khalifa, Crown Prince and Prime Minister, to immediately launch a plan to develop mosques throughout the governorates of the Kingdom, and to open and restore 20 mosques run by Sunnis and Ja`faris. Endowments scattered in various governorates of the Kingdom,

His Highness the Crown Prince and the Prime Minister also directed the competent authorities to allocate sites and accelerate the design and construction of 12 mosques in the city of Salman.

The Minister of Justice, Islamic Affairs and Endowments, Sheikh Khalid bin Ali Al Khalifa, praised the attention given to places of worship in the prosperous era of His Majesty King Hamad bin Isa Al Khalifa, with the support of His Highness the Crown Prince and Prime Minister.

The Minister also expressed his sincere thanks and gratitude to the philanthropists who contributed to the construction and restoration of mosques and places of worship throughout Bahrain.

Thirteen other places of worship have already reopened after undergoing maintenance and restoration, bringing the total to twenty so far.

The head of the Sunni Endowments Council, Dr. Sheikh Rashid bin Muhammad Al-Hajri, and the head of the Jaafari Endowments, Youssef bin Saleh Al-Saleh, praised His Majesty the King for the royal patronage of places of worship with the support of His Highness the Crown Prince and the Prime Minister.