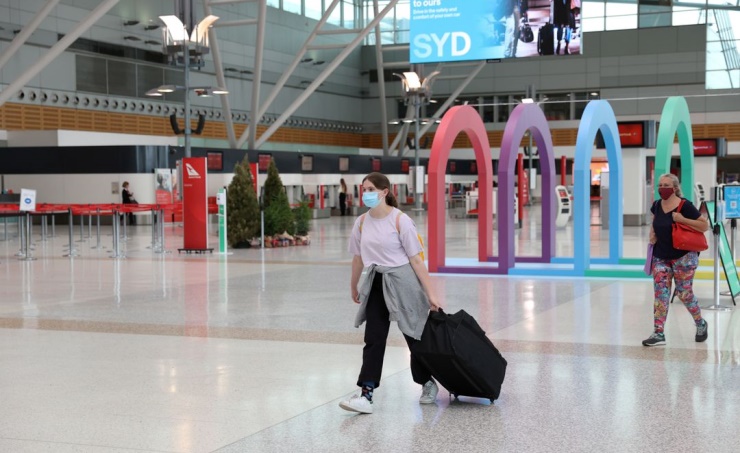 Sydney, Sep 13 (BUS): The sale of Australia’s largest airport approached on Monday as a group of infrastructure investors secured permission to conduct due diligence in Sydney Airport Holdings Pt Ltd, after sweetening the takeover bid to A$23.6 billion ($17.4 billion).

The move sent airport shares up 5%, with analysts saying a competing bid appears unlikely given the amount of funding required and foreign ownership rules that mean the airport must remain 51% Australian-owned.

“We determine a high probability of the transaction being successful given the board’s commitment to unanimously recommend the (consortium) bid if there is no higher alternative bid,” Credit Suisse analysts said in a note to Reuters.

Sydney Airport is the only registered airport operator in Australia, and the purchase will be a long-term bet for the travel sector that has been hit by the pandemic. The country plans to gradually open its borders once 80% of adults are fully vaccinated, a feat expected by the end of the year.

The successful acquisition will be among the largest ever for an Australian company and confirms a stellar year of deal activity that has already seen a massive $29 billion purchase of Afterpay by Square.

The improved bid of A$8.75 per share – an increase of 3.6% – follows previous proposals from the consortium of A$8.45 and A$8.25, both of which were dismissed by the airport operator’s board as insufficient.

Sydney Airport shares were trading at A$8.40 on Monday morning, below the offer price, due to the length of time the deal will take to complete as well as the limited possibilities of a competing bid.

Record-low interest rates have prompted pension funds and their investment managers to seek higher returns. Other major airports in Australia are unlisted and owned by pension funds and infrastructure investors.

Sydney Airport said SAA has been given non-exclusive due diligence which is expected to take four weeks after signing the non-disclosure agreement.

The airport operator added that if the SAA makes an acceptable binding offer, the current intent is for the Board to recommend it in the absence of a superior offer.

UniSuper, Sydney Airport’s largest shareholder with a 15.3% stake, said it was open to converting these shares into an investment in the privatized company, as required as part of the terms of the bid.

“The price represents a very complete assessment of the airport, especially given the uncertain medium-term outlook for international travel,” said John Pearce, UniSuper’s chief investment officer, in a statement.

The deal will require an independent expert’s report, 75% shareholder approval and a green light from the competition regulator and the Foreign Investment Review Board, in a process that usually takes months to complete.

Jamie Hanna, vice president of investments at VanEck, said he believes SAA will consider increasing its supply after examining airport books given the improved travel outlook.

A SAA spokesperson said the consortium welcomed the announcement and looked forward to working with the Sydney Airport Board of Directors to finalize the deal.