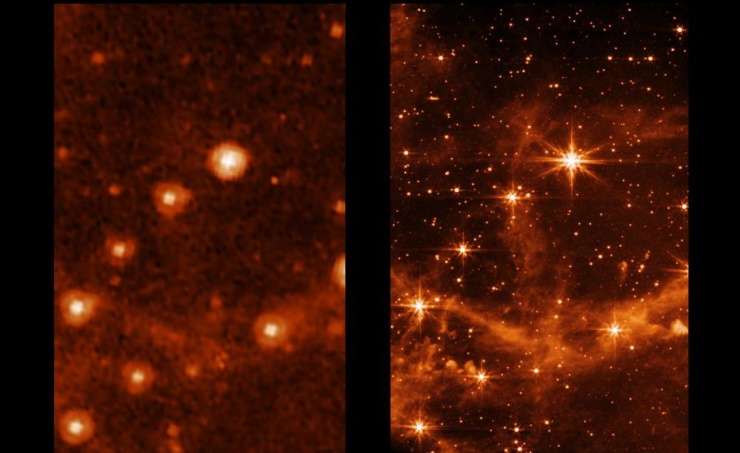 NASA’s new space telescope is in the testing phase, astronomers said Monday, with scientific observations expected to begin in July.

The James Webb Space Telescope has returned the latest test images of a neighboring satellite galaxy, and the results are stunning when compared to images taken by NASA’s previous infrared observatory, the Spitzer Space Telescope.

Each of the 18 mirror segments on the new telescope is larger than Spitzer’s single segment, AP reports.

Launched last December, Webb is the largest and most powerful astronomical observatory ever sent into space.

It will seek the light emitted by the first stars and galaxies nearly 14 billion years ago, and will closely monitor for possible signs of life.