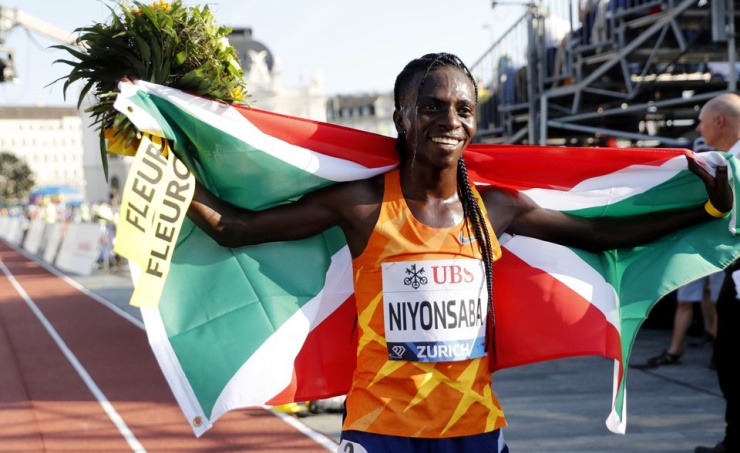 Zagreb, Sept. 15 (BUS): Francine Nyonsaba, Burundian, wrapped up her season by breaking the 2,000m world record today, finishing in a time of 5:21.56 seconds at a continental tour event in Zagreb.

The 28-year-old, who won the 5,000m Diamond League title in Zurich last week, clinched nearly four seconds off the outdoor record and more than two seconds off the indoor mark, Reuters reports.

The previous indoor record was set by Ethiopia’s Ginzebe Dibaba in 2017, while Ireland’s Sonya O’Sullivan has held the outdoor record since 1994.

Niyonsaba, the 2016 Olympic silver medalist in the 800 metres, was banned from her preferred distance due to naturally high levels of testosterone.

She climbed to 5000 meters at the Tokyo Olympics, but did not qualify for a lane violation in its severity, while placing fifth in the 10,000 meters.