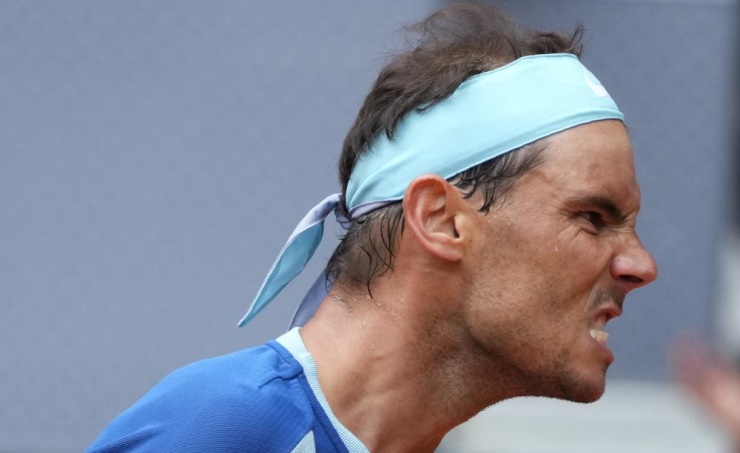 Madrid, May 4 (BNA) Rafael Nadal made a good start after returning from injury by defeating Miomir Kekmanovic in two sets to reach the third round of the Madrid Open on Wednesday.

Nadal showed some signs of rust in his opening 6-1, 7-6 (4) win at home. He broke out in the first set and recovered in the second after dropping serve twice after the rain broke.

Tournament organizers said Nadal has asked to play in the afternoon so that his match does not coincide with Real Madrid’s semi-final match against Manchester City, according to the Associated Press.


Nadal is a fan of Real Madrid, and on Saturday he held the festive match at the Santiago Bernabeu before the team won the Spanish League title by defeating Espanyol.


Fourth seed Nadal was out for nearly 45 days after suffering a rib fracture that halted his brilliant start to the season, highlighted by his record-breaking Grand Slam win after winning the Australian Open.