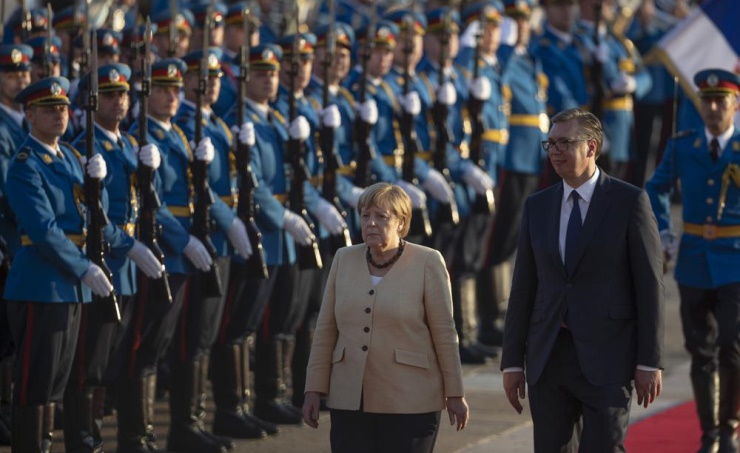 Belgrade, September 13 (BNA): German Chancellor Angela Merkel said on Monday that it is in the European Union’s strategic interest to integrate the Balkan countries into the bloc, as she urged Serbia and other countries in the region to make more efforts on democratic reforms in order to achieve their goals. Joining, AP reports.

But as the bloc’s interest in expansion stalled and the EU faced years of diplomatic crises when Britain left the bloc, those Balkan states were left to seek other alliances, including with Russia and China.

“All of us, who are already members of the European Union, must make it clear to ourselves that there is an absolute geostrategic interest for us to actually include these countries in the European Union,” Merkel said at a joint press conference with Serbian President Alexander. Vucic in the Serbian capital Belgrade.

Merkel has not run for re-election this year, having led Germany since 2005. Germany holds a general election on September 26.

Vucic, a former ultra-nationalist, praised Merkel as a true ally who in her 16 years as German chancellor managed to “keep peace” in the Balkans, which saw bloody wars in the 1990s.

After Belgrade, Merkel will travel to the Albanian capital Tirana on Tuesday, where she is due to meet leaders of five other western Balkan countries striving for European Union membership.