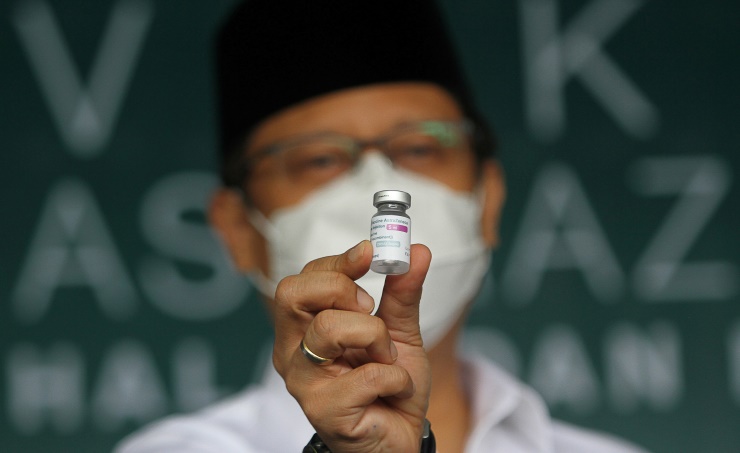 Jakarta, Sept. 16 (BNA) Indonesia is in talks with the World Health Organization (WHO) as well as six pharmaceutical companies to become a global center for vaccine manufacturing, the Indonesian Minister of Health said.

Detailing the ambitious strategy for the first time, Budi Gunadi Sadikin said in an interview that Indonesia will start the initiative by prioritizing the procurement of COVID-19 vaccines from technology-sharing companies and set up facilities in Indonesia.

“We are working with the World Health Organization to be one of the global manufacturing hubs for mRNA,” he said, adding that he directly lobbied WHO Director-General Tedros Adhanom Ghebreyesus on a trip earlier this month to Europe.

“The World Health Organization cited South Africa as the first location, and I said that logically Indonesia should be the second.”

The new ‘technology transfer hubs’ are part of the WHO’s strategy to spread vaccine production more widely globally and build capacity in developing countries to make new generation vaccines such as the DNA-based mRNA vaccines from Moderna and Pfizer that can be quickly adapted to deal with a new virus. variables.

A senior WHO official told Reuters that efforts to develop a base to produce a COVID-19 vaccine in South Africa will focus on trying to replicate Moderna’s dose, but the lack of progress in talks with the US company means the project will take some time.

Bode said Indonesia is keen to build expertise in mRNA vaccines, as well as vector shots such as those produced by AstraZeneca.

A WHO spokesperson said Indonesia was one of 25 low- and middle-income countries that had expressed interest in hosting a vaccine hub, but declined to say if it was a leading candidate.

Budi said Indonesia is well positioned to export vaccines worldwide, especially as it is the world’s largest Muslim-majority country and can ensure that its vaccines are halal or permissible according to Islam.

Indonesia is grappling with one of the most serious COVID-19 outbreaks in Asia and has recorded more than 4.1 million infections and 139,000 deaths, although public health experts say the real numbers are likely several times higher.

Indonesia’s infection and death rate has fallen sharply in recent weeks, but with only 25 percent of its target population of 208 million people fully vaccinated against COVID-19, it still has significant vaccination efforts ahead, especially as it likely will. Third booster shots.

Budi said Indonesian pharmaceutical companies are in discussions with vaccine manufacturers and developers Anhui, Walvax, Sinovac, Genexine, Arcturus Therapeutics and Novavax. He added that talks range from basic “filling and finishing” to initial production and research and development.

Bambang Hirianto, secretary of Bio Pharma, Indonesia’s largest state-owned pharmaceutical company, confirmed that talks are underway and the first step is cooperation in technology transfer. He said it would take two or three years to build a fully operational production facility.

Budi said Indonesia will use its leadership of the Group of 20 nations starting in December to bolster global health security and prepare for the next post-coronavirus pandemic, also known as SARS-CoV-2.

“No one can guarantee that SARS-CoV-3 and 4 will not come.”

READ MORE  At least 3 killed in Amtrak derailment in Montana