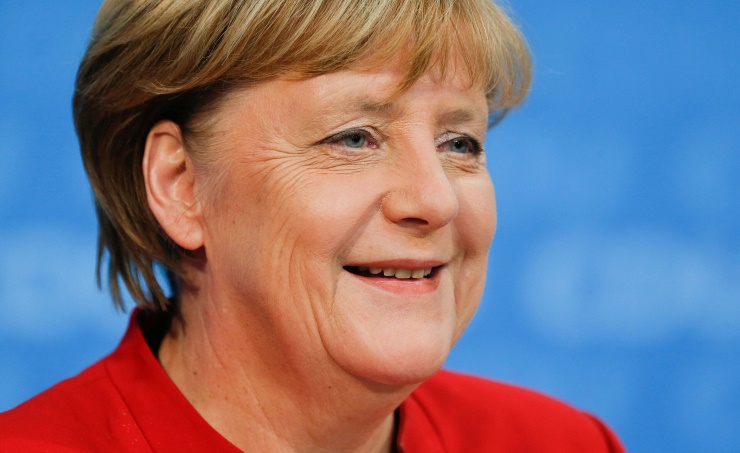 Berlin, Sept. 14 (BNA): A new report based on a survey conducted in 12 European Union countries indicates that the outgoing German chancellor, Angela Merkel, is held in high esteem, and that there could have been more conflict in the world had it not been for do it. was in the position.

The poll, conducted by the European Council on Foreign Relations (ECFR), indicates that more than a third of Europeans would prefer more German leadership within the EU, according to a dpa report.

However, Germans themselves seem to have reservations about their role within the European Union, and find themselves pessimistic about Germany and its place in the world. The center found that more than half of Germans, or 52 percent, now believe their country’s “golden age” is behind it.

Across Europe, Germany’s credibility as a potential geopolitical leader is low: About a fifth of citizens across the member states surveyed believe Germany is capable of leading the European Union in its relations with Russia.

Even less, 17 percent, think Berlin can defend the interests of the European Union when dealing with China, while only 25 percent trust Germany to handle Brussels’ relations with Washington.

Merkel herself remains highly respected despite her defense of austerity measures in the wake of the 2008 financial crash, and her handling of the 2015 refugee crisis.

The report notes that EU citizens believe that there could have been more international conflicts had Merkel not been chancellor, a view he held firmly in Spain, the Netherlands and Portugal.

It is seen as a potential strong candidate for the presidency of the European Union in the future, as it is seen as a unifying force.

The ECFR report, “Beyond Merkel: What Europeans Expect from Post-Election Germany,” argues that the next German government will have to offer clear ideas to combat the breakdown of the rule of law within the EU. It will also have to work hard to preserve the confidence that Germany gained during the Merkel era.

The ECFR survey covered 12 EU member states with a combined population of 300 million and representing 80 percent of the Union’s GDP.