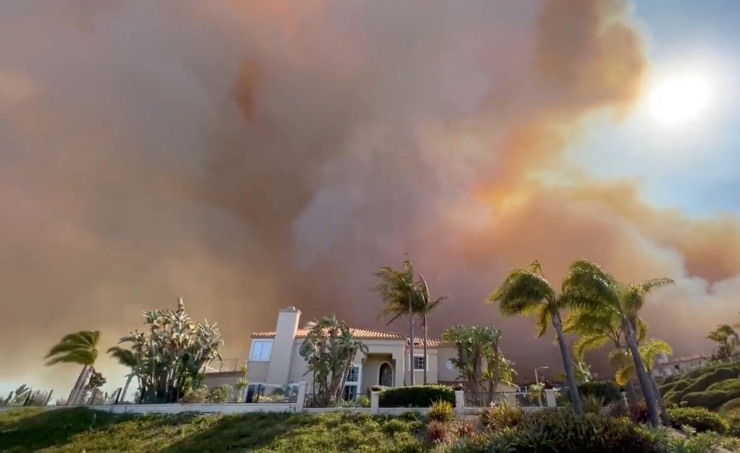 WASHINGTON, May 13 (BNA) – Wildfires raged in the direction of mountain resort towns in northern New Mexico on Thursday, ravaging an pocket of multi-million dollar mansions in Southern California.

Residents of about 900 homes in coastal California were under evacuation, Orange County officials said, and a firefighter was injured when a wildfire ignited nearly 200 acres (81 hectares) in Laguna Niguel on Wednesday.

Meanwhile, more than 300 homes and other buildings in New Mexico have been destroyed in wildfires since early last month. As the westerly winds intensified Thursday, firefighters set fires and set up sprinkler systems to protect farms and homes about 15 miles (24 km) south of Angel Fire, a ski resort.

Crews dredged containment lines to prevent the fire from reaching Black Lake, Angel Fire and even the Taos area, a UNESCO World Heritage Site for the Native American community, according to Reuters.

In the South, residents returned to the ruins of homes built on land that had been with their families since before the area became part of the United States in the mid-19th century.

The Hermits Peak/Calf Canyon fire was partially started by a US Forest Service-described burn that got out of control on April 6.

Then the fire broke out with a separate fire, the cause of which is still under investigation.

The bushfires, which are on track to become the largest in New Mexico’s history, have burned more than 259,810 acres (105,141 ha), or about two-thirds of the area of ​​Greater London. 29% of the fire was contained.