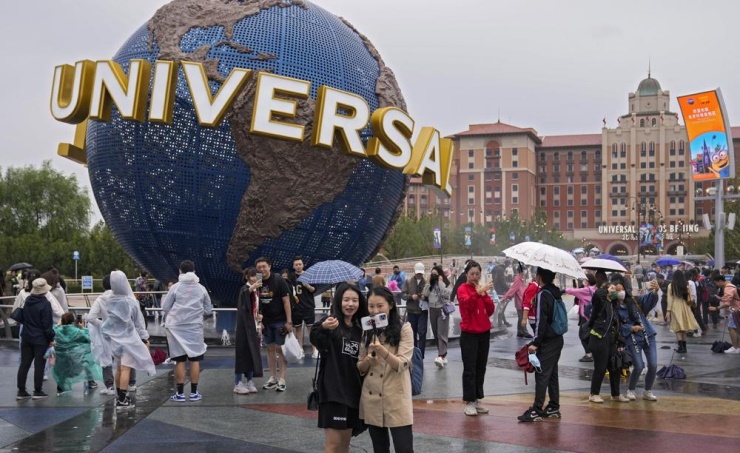 Hollywood studio movie franchises “Jurassic Park”, “Kung Fu Panda” and “Harry Potter”, as well as Minions from “Despicable Me” feature prominently at Universal Studios Beijing in the eastern suburbs of the Chinese capital.

The opening took place despite the coronavirus outbreak in southeast China that prompted the government to tighten travel controls in some areas, the Associated Press reported.

“We’ve been longing to open for a long time,” said one visitor, Niu Haoxuan.

Visitors were asked to wear masks and display a smartphone-based health code showing whether they had been to areas deemed to be at risk of infection.

“We were very concerned,” Zoe Shi said after a report of a possible case in Beijing last week. “We thought if we should keep going. It turned out to be incorrect in the end. We feel lucky.”

The park has received high-level support from the Beijing city government. The city extended a subway line and added a station named after the park.