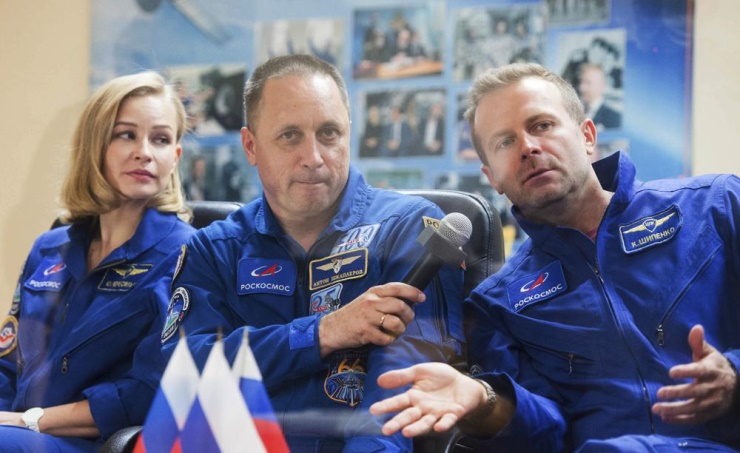 Moscow, Oct. 4 (BNA): In a historic precedent, Russia is preparing to launch an actor and film director into space to produce a feature film in orbit – a project hailed by the country’s space chief as an opportunity to raise the bar. From the Russian space program.

Actress Yulia Peresild and director Klim Shipenko are scheduled to blast off Tuesday for the International Space Station aboard Russia’s Soyuz spacecraft with cosmonaut Anton Shkaplerov, a veteran of three space missions. After 12 days in the space focus, Peresild and Klimenko will return to Earth with another Russian cosmonaut.

The crew plans to film clips from a new movie called “The Challenge” about a surgeon who is called to rush to the space station to rescue a crew member suffering from a heart condition, according to the Associated Press.

Speaking at a press conference at Russia’s launch facility in Baikonur, Kazakhstan, Peresild acknowledged that training for the mission was stressful but described it as a once in a lifetime opportunity.