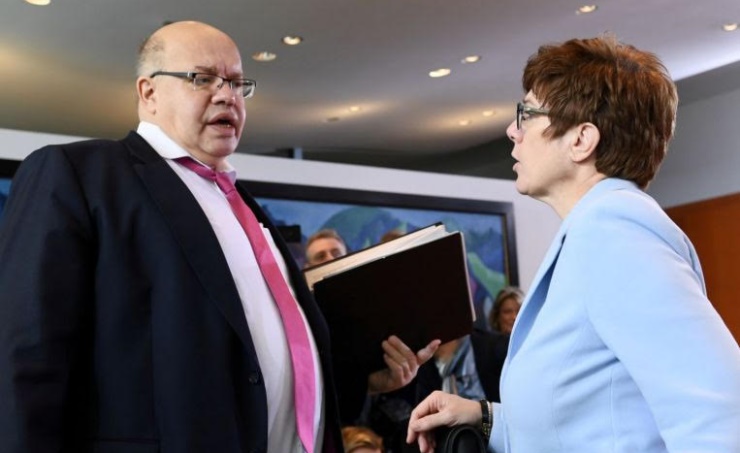 Beilin, Oct 10 (BNA): Two of outgoing Chancellor Angela Merkel’s closest political allies and most senior ministers have said they will leave Germany’s parliament to make way for a new generation who can rejuvenate her conservative party after its election defeat.

Saturday’s announcement was made by Tobias Hans, head of Merkel’s Christian Democrats in Saarland – home to both Altmaier and Kramp-Karrenbauer, who joined the other two in saying the party should win back the youth.

Hans said the party needed to drop big commitments such as the public debt ceiling enshrined in the constitution, which is often blamed for Germany’s slow pace of infrastructure investment.

“We need to develop the debt brake into a generational budget agreement, a fair budget for generations,” he said.

Many activists blame the far-fetched leadership for insisting that the 60-year-old run on candidates they believed would have done better, such as Bavarian Prime Minister Markus Söder, and losing the youth vote to the FDP and the Greens.

This week, the two smaller parties said they would open talks with the first-placed Social Democrats on forming a government, making it likely that the Conservatives will soon be out of power for the first time since Merkel became chancellor 16 years ago.

While some, especially in the pro-business FDP, may favor a mathematically feasible three-way alliance with the Conservatives, the growing anarchy in the CDU makes that less likely.

“The CDU must take its rightful shape for the future,” Kramp-Karrenbauer, who was briefly and unsuccessfully chosen by Merkel as party leader, wrote on Twitter. “Peter Altmaier and I want to contribute to this by withdrawing from the Bundestag.”

The two remain in their positions until a new government is formed or replaced.

“We must do everything we can to get this young generation back,” said Altmaier, who for many years was Merkel’s chief of staff.

This week, Laschet suggested holding a party conference to discuss how to reform the party after its defeat.