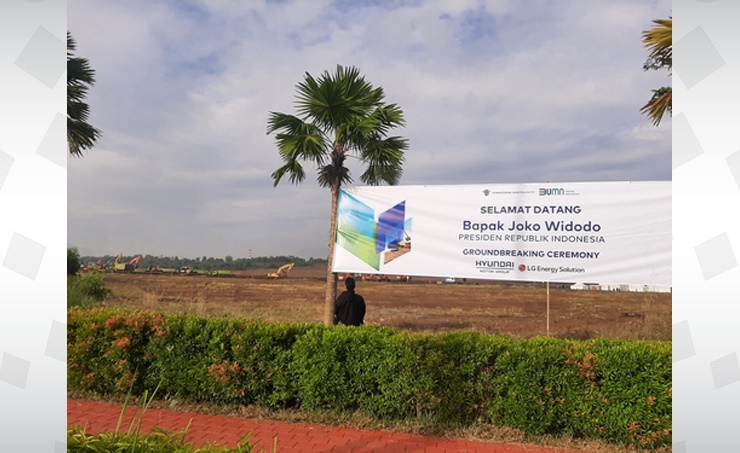 A joint venture between Hyundai Motor and LG Energy has launched the cornerstone of a $1.1 billion lithium-ion battery cell plant in an industrial complex in Karawang, near the Indonesian capital of Jakarta and also near the Hyundai car plant.

A groundbreaking ceremony was held at the construction site with senior officials of the Indonesian government, as Hyundai Motor Group Chairman Chung Easun and LG Energy CEO Kim Jong Hyun joined the Internet over the pandemic, according to South Korean news agency Yonhap.

The two companies said the new production line aims to start mass production in the first half of 2024 and will have an annual capacity of 10 gigawatts, enough to cover nearly 150,000 electric vehicles.

The world’s fifth-largest car group said the partnership aims to secure a stable supply of batteries for its electric vehicles coming from its two subsidiaries, Hyundai Motor and Kia Corp, starting in 2024.

Hyundai Motor Group aims to expand its EV lineup to more than 23 models and sell 1 million EVs by 2025 to tap deeper into the growing electric vehicle market.

Indonesia, the world’s largest producer of nickel, has set a goal of becoming a major player in the global supply chain for electric vehicles, from mining raw materials to manufacturing batteries and electric vehicles.