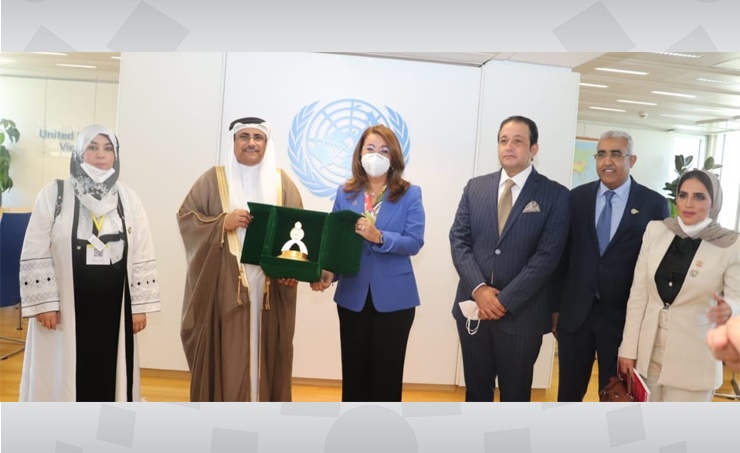 The agreement was signed on the sidelines of the First Global Parliamentary Summit on Counter-Terrorism, which was held in the Austrian capital Vienna.

Al-Asoumi pointed out that the signing of the agreement came within the framework of the Arab Parliament’s keenness to establish strategic and institutional partnerships with international institutions, especially the United Nations.

The agreement aims to set guidelines for detailed cooperation and partnership programs between the two sides in the areas of: legislative technical assistance, combating corruption, building the capacity of parliamentarians, especially in the areas of combating terrorism and extremist ideology, and exchanging best practices and legislation. In this area, strengthening the role of parliamentarians. Women and human rights added.

The Speaker of the House of Representatives stressed that the agreement represents a milestone in the efforts of the Arab Parliament to enhance communication and cooperation with international institutions.