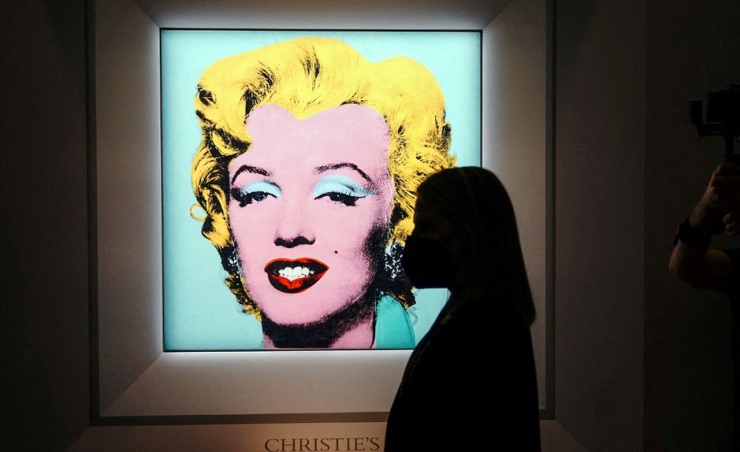 NEW YORK, May 10 (US): Andy Warhol’s famous 1964 silk screen portrait of Marilyn Monroe sold for $195 million at auction on Monday, a record for a work by an American artist ever sold at auction.

Reuters reports that “Shot Sage Blue Marilyn” is one of a series of portraits that Warhol painted of the actress after her death in 1962 and has since become one of the most famous pieces of art in pop art.

Sold within the collection of Swiss art dealers Thomas and Doris Amann, it was sold by Christie’s at auction in New York. Pre-sale estimates reached $200 million.

The painting was sold with a hammer for $170 million. The added fees gave her a final price of $195 million.

The sale broke the previous record for an American artwork at auction for $110.5 million in 2017 for a 1982 painting by Jean-Michel Basquiat.

“Shot Sage Blue Marilyn is the absolute pinnacle of American pop music,” Alex Rutter, president of the Board of Directors for 20th and 21st Century Art at Christie’s, said in a statement announcing the auction. “Painting transcends the genre of portraiture, and replaces twentieth-century art and culture.”

The painting is based on a promotional image of Monroe from the 1953 movie “Niagara,” displayed in bright colors on her eyes, hair, and lips.

Its title refers to an incident in which a woman shot a stack of four photos of Marilyn in Warhol’s studio with a pistol, even though “Shot Sage Blue Marilyn” was not hit by a bullet.

Monroe was one of Hollywood’s most famous stars before her death at her home in Los Angeles on August 4, 1962.