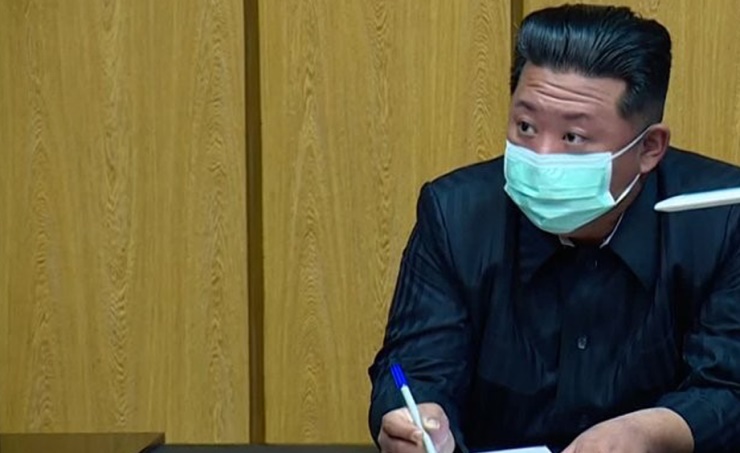 Last week, North Korea announced the implementation of a “maximum emergency” virus control regime, as it acknowledged the outbreak of COVID-19 for the first time since the pandemic began. North Korea claimed more than two years ago that it was free of the coronavirus.

“The government is actively reviewing to make a formal proposal to North Korea to hold a working-level meeting at the beginning of the week,” a senior South Korean official told Yonhap News Agency, requesting anonymity, citing the policy.

Later in the day, South Korea’s Unification Ministry said it would make an offer to North Korea as soon as possible to provide “practical assistance” in the response to the coronavirus.
On Sunday, North Korea reported 15 additional COVID-19 deaths, bringing the death toll to 42 since late April.

North Korea has mobilized more than 1.34 million people to fight the virus that has infected 820,620 North Koreans. Among them, 496,030 have recovered and 324,550 are being treated, according to the official North Korean Central News Agency.

The offer, if accepted by North Korea, would be the first inter-Korean talks after South Korean President Yun Seok-yeol took office last week, promising a bold plan to boost North Korea’s economy largely in return for the North’s steps toward denuclearization.

On Friday, Yoon offered to send COVID-19 vaccines and other medical supplies to North Korea.
However, it remains unclear whether North Korea will come forward for talks with South Korea amid tensions on the Korean peninsula over the North’s series of missile tests in recent months.

North Korea’s foreign ministry said Sunday that the country will “continue to enhance” its military capabilities, while blaming the United States for the deteriorating political situation on the Korean peninsula.