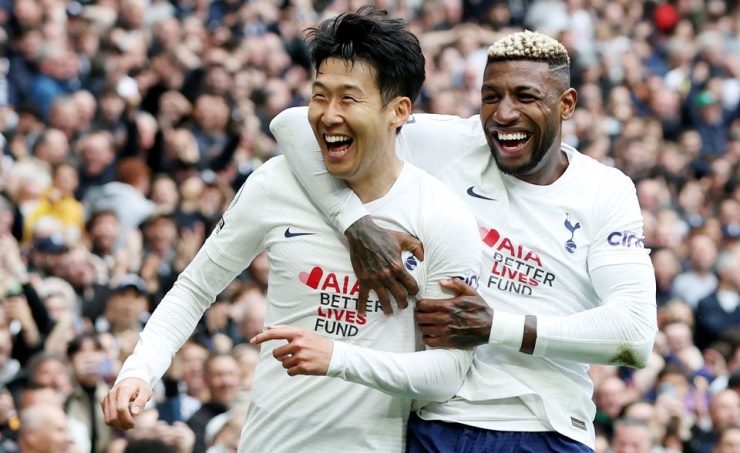 London, May 2 (BNA) Son Heung-min continued his prolific season, scoring twice after Harry Kane opened the scoring to lead Tottenham Hotspur to a 3-1 victory at home to Leicester City on Sunday to boost their hopes of qualifying for the Champions League.

Reuters reported that the win pushed Tottenham into fourth place in the Premier League, one point behind their north London rivals, at least for a few hours, with Arsenal at West Ham United later on Sunday.

Son has so far scored 19 league goals this season, three less than Liverpool’s top scorer Mohamed Salah, and South Korea’s second goal was certainly one of his best.

Batson Dhaka panicked Tottenham early when he hit the post in the 14th minute, but eight minutes later Kane put the hosts ahead and lost his marker to meet a corner kick from a powerful header.

Spurs were comfortably in charge of the match, but it wasn’t until Dejan Kulusevsky came off the bench in the 55th minute that they took their home advantage.

After a good tackle from Christian Romero got the ball back for Tottenham, Kulusevsky sent a short ball to Son in the penalty area and gave the South Korean player enough space to turn and dig his end into the bottom corner.

Then Swedish winger Kulusevski was the server again, cutting off the right and feeding Son who opened up and beat Kasper Schmeichel with a superb shot into the far top corner.

Son received a thunderous welcome from the crowd of 59,000 when he was substituted, three minutes into his goal.

Leicester earned some reward for their efforts when Kelechi Iheanacho scored in injury time with a low push from inside the post.

Son refused to talk about winning the Golden Boot but clearly enjoyed his second goal.