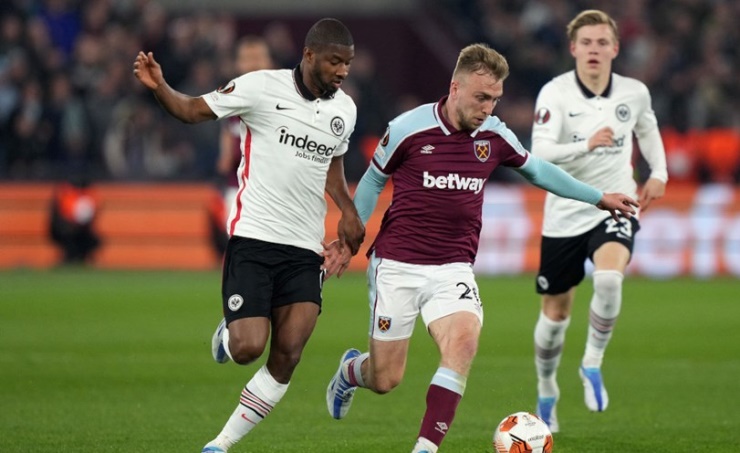 London, April 29 (BNA): Eintracht Frankfurt winger Ansgar Knauf opened the scoring in the first minute after beating West Ham United 2-1 in the first leg of the Europa League semi-final on Thursday, as the two teams seek to achieve their first goal. A European final in over 40 years.

The last time the two teams met in the semi-finals of a European competition, West Ham won the two-legged match to reach the 1976 Cup Winners’ Cup final, according to Reuters.

However, the guests stunned David Moyes’ men 49 seconds into the first half when Rafael Bure crossed from the corner of the penalty area and the 20-year-old headed home the net, silencing a sold-out crowd of 60,000 spectators. London Stadium.

After sending Barcelona’s heaviest side home in the quarter-finals, Eintracht’s players didn’t want to waste the opportunity they had in the semi-finals.

The Premier League team finally equalized in the 21st minute after Kurt Zouma called a free kick and nodded to striker Mikhail Antonio, who made the score 1-1 from close range.

Knauf could have given Eintracht a lead again before the break, but his attempt from inside the penalty area was far from the right post.

But Eintracht regained the lead at 54. West Ham goalkeeper Alphonse Areola stopped a shot from midfielder Gabriel Sue, but did not manage to save Daichi Kamada’s follow-up kick.

The Japan international, who scored his fifth goal in the Europa League this season, had the chance to score again in the 79th minute but his shot from close range hit the post.