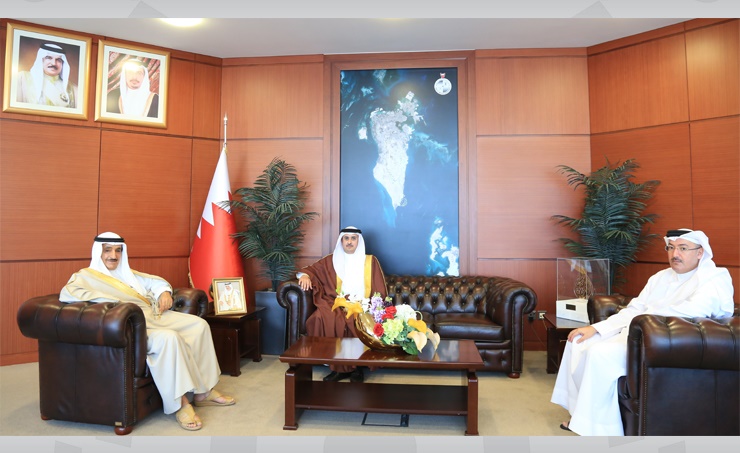 Manama, June 23 (BNA) The Chairman of the Survey and Real Estate Registration Authority Sheikh Salman bin Abdullah bin Hamad Al Khalifa, Chairman of the Board of Directors of the Real Estate Regulatory Agency, stressed the importance of coordination and integration between ministries, government agencies and institutions to achieve the visions and aspirations of His Majesty King Hamad bin Isa Al Khalifa in enhancing the welfare of citizens. He noted the importance of coordination and follow-up to implement government programs led by His Royal Highness Prince Salman bin Hamad Al Khalifa, Crown Prince and Prime Minister.

This came during his meeting today with the Minister of Justice, Islamic Affairs and Endowments, Nawaf bin Muhammad Al-Maawda.

The head of the Survey and Land Registration Authority welcomed the minister and congratulated him on the royal trust. He also praised his competence and experience in the legal field, wishing him success.

The meeting was attended by the CEO of the Real Estate Regulatory Agency and the Director General of Real Estate Registration, Sheikh Mohammed bin Khalifa bin Abdullah Al Khalifa.