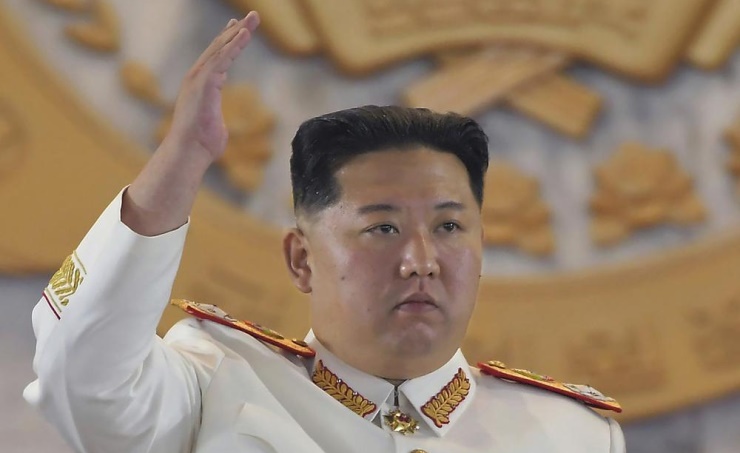 SEOUL, May 7 (BNA): North Korea launched a suspected submarine-launched ballistic missile on Saturday, the South Korean military said, apparently continuing a provocative series of weapons demonstrations that could culminate in a nuclear test in the coming weeks or months.

South Korea’s Joint Chiefs of Staff said the launch took place from waters near the eastern port city of Sinpo, where North Korea has submarines to build shipyards, but it did not immediately specify how far the missile had gone. The Associated Press (AP) reported that it was also not clear whether the launch would involve an actual submarine or an underwater test platform.

Japan’s Defense Ministry also confirmed the launch, but did not immediately release details of the flight.

The launch appeared to be North Korea’s first demonstration of a submarine-launched ballistic system since October last year when it test-fired a new short-range missile from the 8.24 Yongong – its only known submarine capable of launching a missile – in its first test. Underwater test launch since 2019.

The launch came three days after the South Korean and Japanese militaries discovered that North Korea had launched a suspected ballistic missile from near its capital, Pyongyang, on Wednesday, and three days before the inauguration of South Korean President-elect Yoon Seok-yeol, who has vowed to do so. Take a tougher approach to North Korea’s nuclear ambitions.

The latest launch is likely to be North Korea’s 15th round of missile launches this year, including its first test of an ICBM since 2017 that showed a potential range to reach the entire mainland United States.

Experts say the unusually fast pace of testing activity underscores a brinkmanship policy aimed at forcing the United States to accept the North as a nuclear power and removing the sanctions holding it back. There are also indications that North Korea is rebuilding tunnels in the nuclear test ground, where it conducted its sixth and final nuclear test in September 2017, in possible preparations for another explosive test.

North Korean leader Kim Jong Un has peppered his missile tests with statements warning that North Korea could preemptively use its nuclear weapons if threatened or provoked, which experts say may herald an escalatory nuclear doctrine that would create greater concerns for South Korea and Japan.

Kim made one such statement during an April 25 military parade in Pyongyang where he rolled out his ICBMs and what appeared to be a new type of missile designed to be launched from submarines.

North Korea has been pushing hard for the ability to launch nuclear-armed missiles from submarines, which in theory would enhance its deterrence by ensuring the survivability to strike back after absorbing a nuclear attack on land.

Ballistic missile submarines would also add a naval threat to North Korea’s growing range of land-based vehicle-launched solid-fuel weapons, which are being developed with the express purpose of overcoming the missile defense systems of South Korea and Japan.

North Korea has in recent years developed and tested a family of missiles called the Pukguksong, which are designed to be launched from submarines or land vehicles. Experts still say that the heavily sanctioned country will need more time, resources and major technological improvements to build at least several submarines that can travel calmly on the seas and reliably carry out strikes.

The South Korean and Japanese militaries said the North Korean missile fired on Wednesday traveled 500 kilometers at a maximum altitude of 800 kilometers (500 miles). North Korean state media has not yet commented on this test.