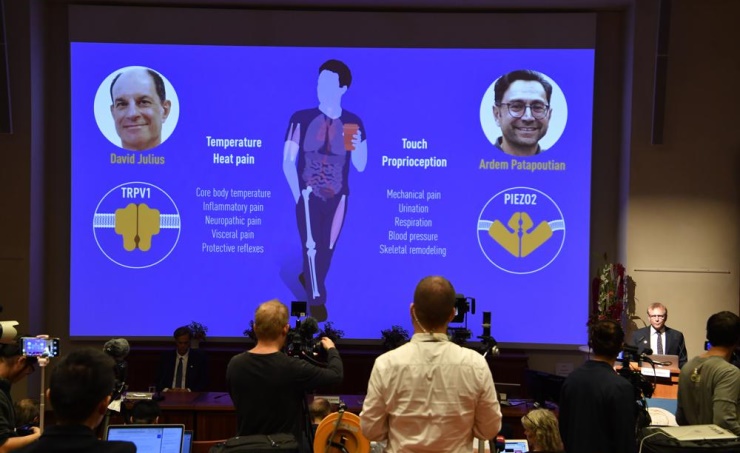 Stockholm, Oct 4 (BUS): The Nobel Prize in the field of Physiology or Medicine has been awarded to US-based scientists David Julius and Erdem Patabutian.

They are cited for their discovery of temperature and touch receptors.

The winners were announced on Monday by Thomas Perelman, secretary-general of the Nobel Committee, the Associated Press reported.

Patrick Ernfors of the Nobel Committee said Julius, 65, used capsaicin, the active ingredient in chili peppers, to identify the nerve sensors that allow the skin to respond to heat.