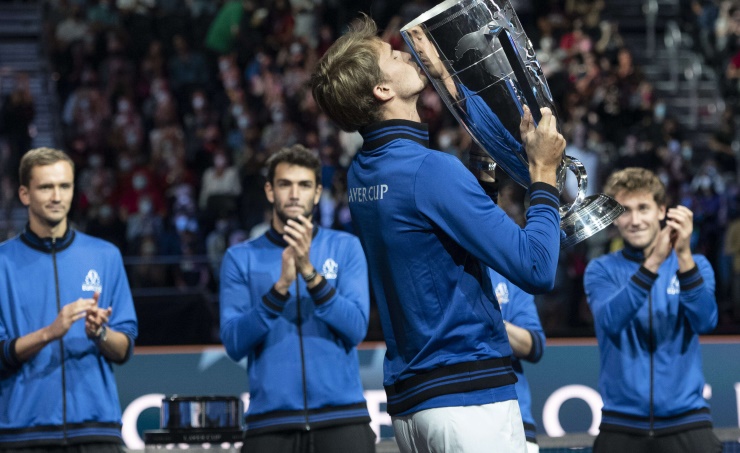 Boston, Sept. 27 (BUS): John McEnroe has promised Team World to bounce back after crushing Team Europe 14-1 in the Laver Cup in Boston.

Europe wrapped up its fourth consecutive victory in the Laver Cup, with Andrei Rublev and Alexander Zverev capped with a dominant performance, reports the German news agency (dpa).

After winning all four matches on Saturday, Europe only needed one win to retain the title again, maintaining its record of winning every edition of the tournament.

It duly arrived as Rublev and Zverev defeated Riley Opelka and Denis Shapovalov in a doubles match.

Next year’s game will be in London, and the World Team captain McEnroe said: “No one wins the Laver Cup, we, John McEnroe, beat us five times in a row. You have to keep going.”

“Team Europe is a great team, without a doubt, a great team. They had good team spirit. We did that too.”

McEnroe added, quoting on the Laver Cup website: “If you had had different results, we could have put more pressure on them. But we pulled off four tiebreaks. I won half of those results, it’s a completely different story. We did our best, but they were. very good “.

Speaking of Europe’s victory, Zverev said: “The result says it was 14-1, but it could have gone both ways more often.

“we [did] Lots of hard work to achieve this victory all week. The group of this team was absolutely amazing.

“I think a lot of us got very close to each other and to be honest I can’t wait for London next year.”