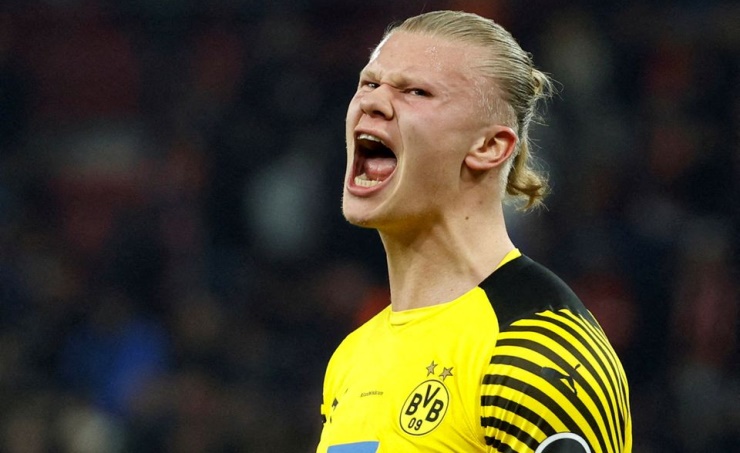 Manchester, May 10 (BNA): Manchester City Football Club has reached an agreement to sign Norwegian striker Erling Haaland from Borussia Dortmund on the first of next July.

“The transfer remains subject to the club’s final terms with the player,” City was quoted as saying by Reuters.

City did not give financial details of the deal, but German media reported that the total cost of buying Haaland in a multi-year deal could exceed 300 million euros ($316.08 million), including his salary, agent fees and bonuses.

Dortmund said that once the deal is completed, the club expects “a positive impact on key profit figures for the 2022/2023 financial year” in the range of €35-40 million.

The 21-year-old striker’s value has skyrocketed thanks to his prolific form at Dortmund after joining from Austrian club Salzburg two years ago.

Haaland passed his medical treatment on Monday, British media reported, with Liverpool boss Jurgen Klopp saying it was a transfer that would “set new levels” in the Premier League.

Haaland has scored 85 goals in 88 games for Dortmund since his debut in January 2020. He was the top scorer last season in the Champions League as well as the European Nations League.

This season he has 21 goals in the Bundesliga from 20 games, while Dortmund is preparing to finish second in the league behind champion Bayern Munich when the season ends on Saturday.

But Dortmund failed to qualify for the Champions League knockout stages, relegating to the European League where they did not make it past the playoffs.

City were seeking to replace Sergio Aguero after the Argentine striker – the team’s all-time top scorer with 254 goals – moved to Barcelona on a free transfer last year.

Brazilian striker Gabriel Jesus failed to maintain his place in the starting line-up, and Guardiola often used a midfielder leading the attack, the “false nine”.

Dortmund is interested in recruiting Salzburg striker Karim Adeyemi as a possible replacement for Haaland.