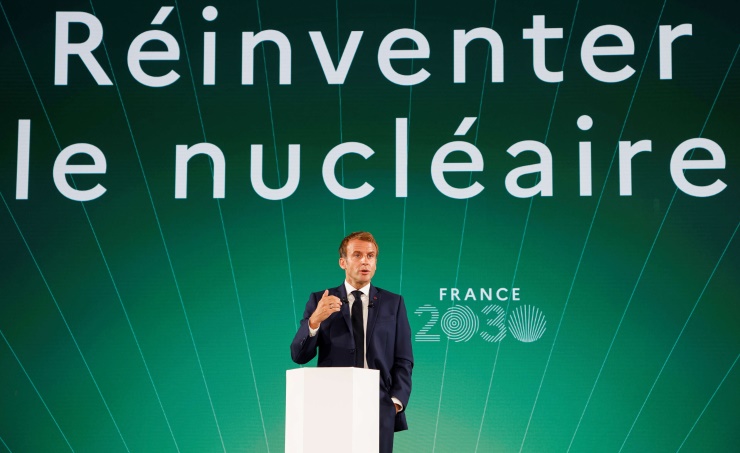 Paris, Oct. 12 (BNA): France wants to be a leader in green hydrogen by 2030 and build new, smaller nuclear reactors as part of a 30 billion euro ($35 billion) investment plan aimed at encouraging industrial companies and innovation. Macron said on Tuesday.

Speaking six months before the presidential election, Macron said his long-term roadmap, dubbed “France 2030”, would ensure the country does large-scale decarbonization of its industry and brings industrial production closer to key regions closer to home.

“We must fight the battle of innovation and industrialization at the same time,” he told a group of businessmen, adding, “We need a country that produces more.”

Macron said the plan would give a key role to small, resilient startups in building France’s industrial future alongside well-established giants, Reuters reports.

Referring to the shortage of face masks when the COVID-19 pandemic first emerged, Macron said the crisis showed, on the one hand, a real weakness for everyone, and on the other, how important innovation and industrial production close to home are. .

“We must rebuild the productive independence framework for France and Europe,” he said.

France aims to build its first low-carbon aircraft by 2030 and build large numbers of electric cars.

The €30 billion comes in addition to the €100 billion recovery plan announced last year to help France cope with the coronavirus pandemic, a large part of which is earmarked for promoting greener energy policies.