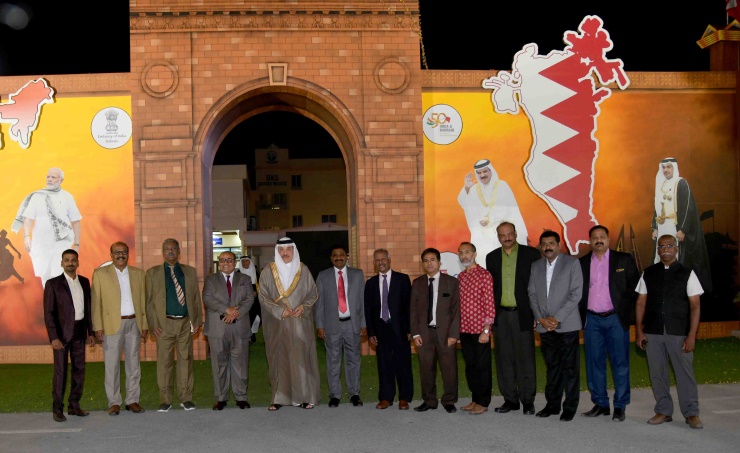 Manama, May 13 (BNA) The Minister of Labor and Social Development and Chairman of the Market Regulatory Authority Lanwar Jamil bin Muhammad Ali Humaidan inaugurated the ceremony organized by Bahrain Keralia Samjem Company (BKS) on the occasion of the 75th anniversary of its founding in the Kingdom.

The ceremony was also attended by Indian Ambassador to the Kingdom of Bahrain Piyush Srivastava, BV Club President Radhakrishna Pillai and other officials.

The minister praised the deep historical relations linking the two countries, stressing the keenness of the Kingdom of Bahrain under the leadership of His Majesty King Hamad bin Isa Al Khalifa and with the support of His Royal Highness Prince Salman bin Hamad Al Khalifa, Crown Prince and Prime Minister, to further expand cooperation in all fields.

He said that the establishment of Bahrain Kerlia Samjem Company (BKS) reflects the social and labor role played by the Indian community in the Kingdom of Bahrain.

BKS President PV Radhakrishna Pillai thanked the Minister for his participation in the celebration, stressing the strong historical ties linking the Kingdom of Bahrain and the Republic of India.