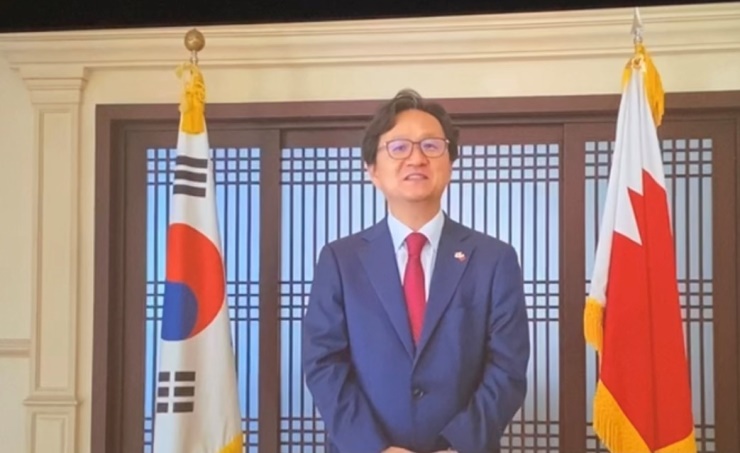 Manama, October 5 (BNA) The ninth edition of the annual Korean Film Festival “2021 Korea Movie Nights” kicked off this evening, Tuesday, in the presence of the Korean ambassador and a large number of Korean film fans.

The festival, from October 5-7, will screen three films with different themes that reflect the amazing progress of Korea’s film industry.

The annual film festival has returned to its original form in the theater, but with precautionary measures and amid full vigil and pre-booking status.

“We hope that this annual film festival will become a brand for the cultural activities of the Embassy with the integral role assigned to cinema in bringing arts, music, drama, history and literature as well as other advantages including extensive knowledge accompanied by entertainment,” Ambassador Hai-Kwan Chung who attended the opening ceremony said.

The ambassador emphasized that with the ninth edition of the festival, the embassy has found a steady influx of demand for Korean cinema in Bahrain over the past years.

The film festival’s grand opening was “The Great Battle,” a historical action film about the battle to defend Ansi Castle.

On October 6, the screen will be for “Start-Up”, a 2019 dromede about the trials and tribulations of adulthood for two young men.

The family drama “Be By My Side” will conclude the festival with an emotional story about the grandfather’s last days and his preparations for the future of his grandchildren.

Ambassador Chung said, “We hope and believe that the Korean Film Festival has made a great contribution to promoting cultural exchanges and mutual understanding between the two cultures.”