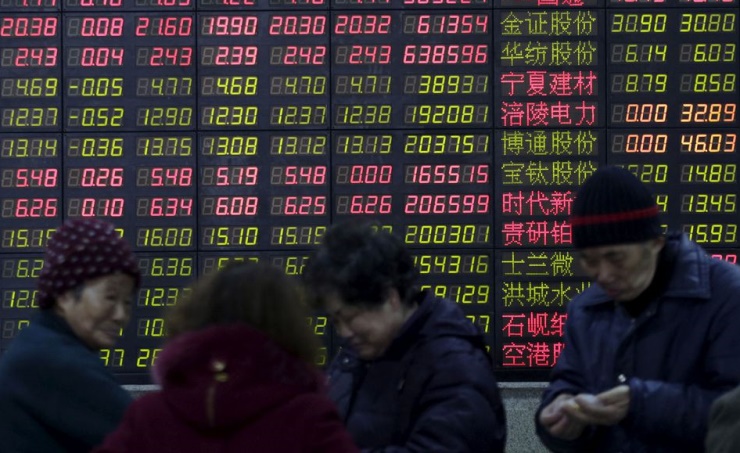 Shanghai, May. 10 (US): Chinese investors are avoiding stock funds and piling into bonds, deposits and money market products, as stocks collapse and a bleak economic outlook dampens demand for risky assets.

Reuters reports that money is moving so quickly into some depository investment vehicles that fund managers are beginning to restrict inflows to keep a lid on volume.

And risk aversion is urging banks themselves to pour money into commercial paper, rather than corporate loans, complicating Beijing’s efforts to channel more credit into the epidemic-hit economy.

New fundraising through active stocks and balanced mutual funds in China fell 83% in the January-April period from a year earlier, to 154.6 billion yuan ($23 billion), according to fund advisory Z-Ben Advisors.

Evan Shi, head of research at Z-Ben, said the slump in demand was “caused not only by the decline in Class A market share, but also by the continued poor performance of Chinese equity funds.”

An index that tracks the performance of active Chinese equity funds is down 25% so far this year, compared to a 17% loss in the benchmark.

“Unless managers can outperform the broad market, it is difficult to expect money inflows to return,” Shi said.

Zoe Chen, a bank account manager in Shanghai, said many clients have been overwhelmed by equity funds, and they are looking for alternatives in lower-risk products such as bond funds or deposits.

Risk appetite has evaporated in recent months, in the wake of the Ukraine-Russia crisis and the COVID-19 shutdown of Shanghai. Z-Ben data shows a jump in bond fundraising over the past two months, totaling 127 billion yuan, or 27% higher than the previous year’s levels.

On April 26, a fund launched by China Merchants Fund Management Co. that invests in interbank certificates of deposits (NCDs) met its fundraising goal of 10 billion yuan on the first day of sales.

A number of similar deposit investment products have begun to restrict money flows over the past week to prevent the size of their funds from inflating.

“The real estate market is in a recession, and you don’t dare buy stocks. So it’s normal to shift your money to money market funds, bonds, or deposits,” said Rocky Fan, economist at Guolian Securities.

Fan also cited signs that banks are unwilling or unable to lend to businesses, and are instead pumping money into the secondary market. Bankers’ acceptance bonds – secured short-term payment instruments that are considered low-risk – are loans, but they do not channel new cash into the real economy.

Yields for 7-day and 1-month acceptance bills fell to 0.0281% and 0.0466% at the end of April, according to the Shanghai Mercantile Exchange.

“When you see very low returns like that, it usually means that this bill market is full of money, while there is a severe shortage of demand for loans,” Fan said.

“This means that the banks cannot find enough good customers to lend to them.”