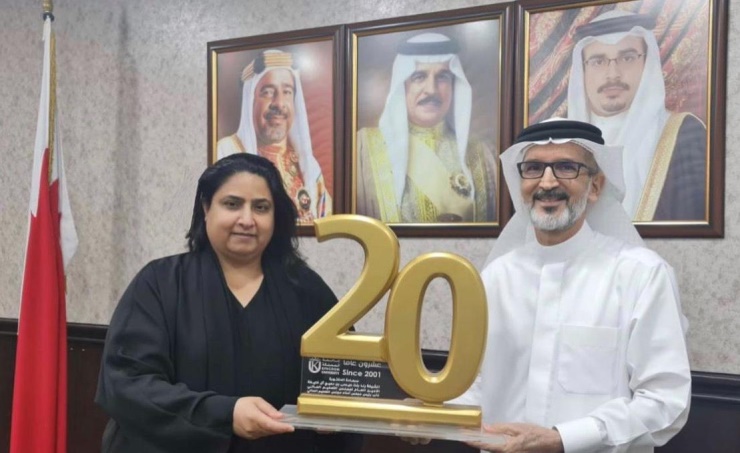 The meeting discussed the academic programs at Kuwait University in various fields and disciplines that enable students to enter the labor market with professional skills.

The Secretary General was briefed on the university’s goals and future plans.

Al Bastaki presented the twentieth shield to Dr. Sheikha Rana in celebration of the twentieth anniversary of the founding of Kuwait University in 2001, expressing his gratitude for her continuous support in the development of academic and scientific fields in Bahrain.