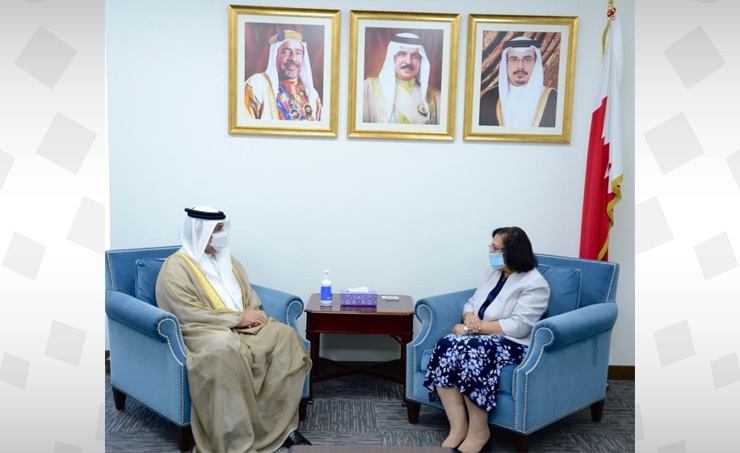 The minister congratulated the ambassador for the royal confidence, and praised his role as assistant to the Minister of Foreign Affairs and his role in human rights, highlighting Bahrain’s position internationally, wishing him success in strengthening Bahrain’s relations with Belgium, especially in the health field.

They affirmed coordination to develop relations by signing a memorandum of understanding and a work plan between the two countries, especially in the field of pharmaceutical industries and medical devices, training, the visiting doctors program in rare medical specialties, and participation in conferences. and health events.

The ambassador affirmed his keenness to enhance cooperation and continue his efforts to consolidate bilateral relations to serve the interests of the countries and citizens of the two kingdoms.