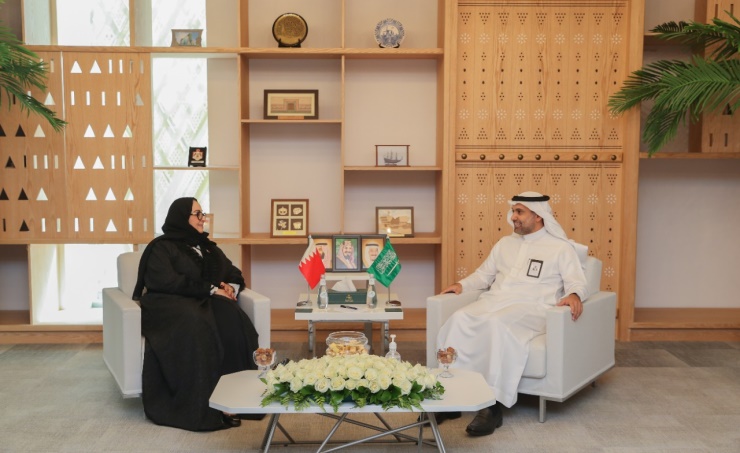 She also referred to the advanced level of cooperation and continuous coordination between the two brotherly countries in the health sector.

This came during his meeting with Saudi Health Minister Fahd bin Abdulrahman Al-Jalajil on the sidelines of the sixth meeting of the Gulf Ministerial Committee for Food Safety, which was held here today.

The two sides discussed areas of joint cooperation and topics related to emerging diseases, non-communicable diseases, genetic blood diseases, advanced treatment aspects and the genome project, in addition to health research and studies and cooperation in the field of training and health and health systems. Artificial intelligence to enhance the exchange of experiences between the two countries.

While visiting the “Seha Virtual Hospital” and the Command and Control Center in the Kingdom of Saudi Arabia, where she was briefed on the Saudi health sector transformation program, the Minister praised the efforts made by the Saudi Ministry of Health to spread and develop the culture of virtual medicine. services.

The Saudi Minister of Health, Dr. Jalila bint Sayed Jawad Hassan, congratulated her on her appointment to her position, wishing her success in performing her duties.

He also praised the advanced level of cooperation between the two brotherly countries, especially in the health field.