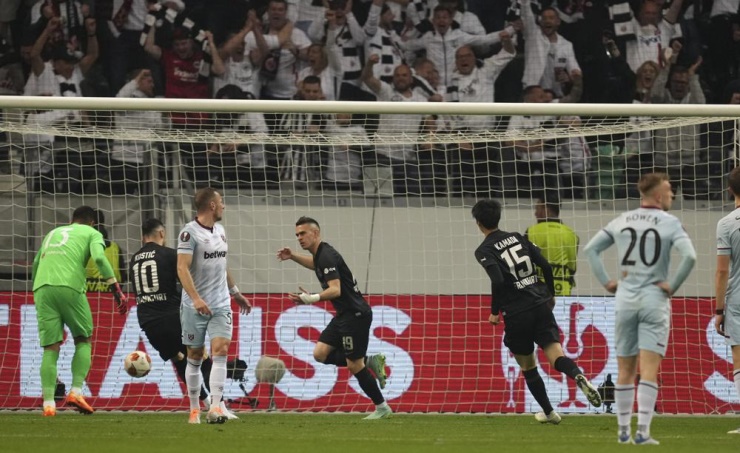 London, May 6 (BUS): Eintracht Frankfurt reached its first European final in 42 years by eliminating West Ham from the Europa League on Thursday, putting up a title match against Scottish club Rangers.

Frankfurt beat 10-man West Ham 1-0 at home to complete a 3-1 aggregate win in the semi-finals, while Rangers overturned a 1-0 deficit from the first leg by beating RB Leipzig 3-1 at the bustling Ibrox Stadium in Glasgow. .

It is Frankfurt’s first European final since beating Borussia Monchengladbach in 1980 in an all-German match in the UEFA Cup, the predecessor of the European League. AP reports.