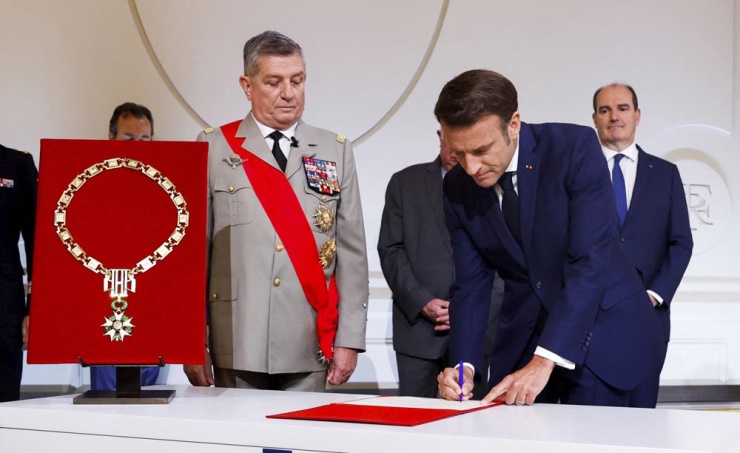 Paris, May 7 (BNA) President Emmanuel Macron was inaugurated for a second term on Saturday, pledging to focus on promoting France and Europe on the world stage.

Macron was re-elected to a five-year term on April 24 in a run-off that saw him defeat far-right rival Marine Le Pen, according to the Associated Press.

“The next time will be the time for resolute action for France and Europe,” Macron said.

Macron pledged to “take relentless action to achieve a goal, which is to be a more independent nation, to live better, and to build our French and European responses to the challenges of the century.”

Macron also promised to find a “fair way” to govern the country and ease social tensions by having the government and parliament work hand in hand with unions, associations and other people from the political, economic, social and cultural world.

Macron’s second term will officially begin on May 14. He is expected to appoint a new government soon, ahead of the main parliamentary elections scheduled for June.

The vote will determine who controls a majority of 577 seats in the National Assembly.

Macron hopes that his party and its centrist allies can score a big win in the aftermath of the presidential election. They currently hold more than 300 seats in the assembly.