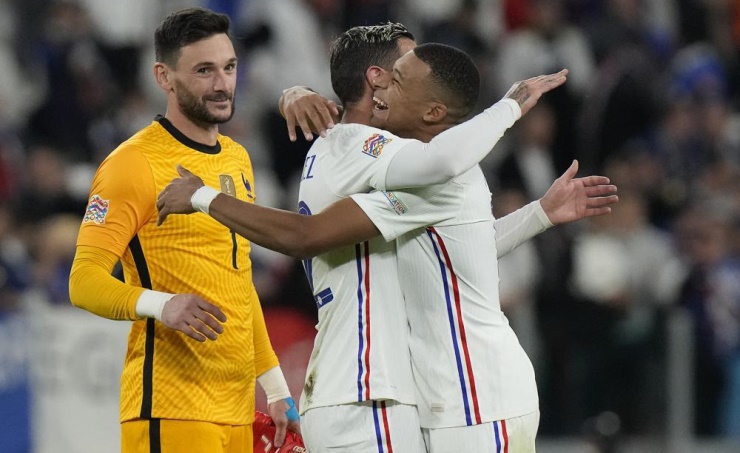 Milan, October 9 (BNA) After a difficult few months, France will hope that its Nations League victory over Belgium will spark recovery ahead of the final against Spain in Milan on Sunday.

A stunning comeback in Turin on Thursday saw France recover from a two-goal deficit to beat Belgium 3-2 thanks to a last-minute shot from Theo Hernandez, the Associated Press reported.

It was France’s second win after a string of five draws in a row for Didier Deschamps’ side, who had suffered a poor campaign in the European Championship.

World champion France was one of the favorites in Euro 2020, but despite having a team full of talent, the French national team failed to ignite the tournament and won only one match – the opening match against Germany.

He lost a penalty shootout to Switzerland in the round of 16, after taking a 3-1 lead 15 minutes from the end of the match.

There seemed to be more disappointment in the Nations League semi-finals on Thursday when France found themselves 2-0 down in the first half against Belgium, but a fine second-half performance saw them book a place in the final.

It is only the second edition of the UEFA Nations League and although the tournament is not highly regarded, the quality of the football was nothing short of fantastic.

France’s dramatic win the day before was preceded by Spain’s 2-1 entertainment win over European champions Italy.

That match played at an impressive pace before Leonardo Bonucci was sent off from the ranks of the Azzurri shortly before the end of the first half.

The strength of Spain will have to contend with the individual brilliance of the French star attack: Kylian Mbappe, Antoine Griezmann and Karim Benzema.

Torres faces a race against time to be fit. He was forced off four minutes into the second half against Italy after taking a knock.

Adrien Rabiot, France and Juventus midfielder, will miss the match after he tested positive for the Corona virus.

The rest of the team later underwent additional tests, all of which came back negative.