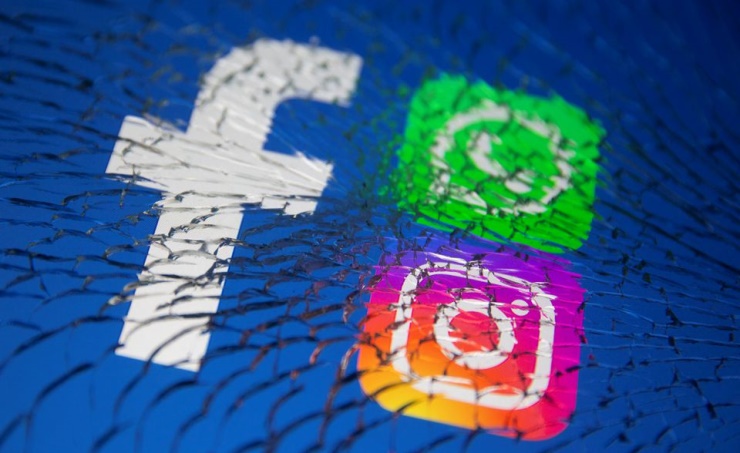 Facebook apologized but did not immediately explain the reason for the failure, the largest failure ever tracked by web monitoring group Downdetector.

The outage was the social media giant’s second blow in as many days after a whistleblower on Sunday accused the company of repeatedly prioritizing profit over cracking down on hate speech and misinformation, Reuters reports.

As the world flocked to rival apps like Twitter and TikTok, Facebook shares fell 4.9%, their biggest daily drop since last November, amid a broader sell-off in tech stocks on Monday. Shares rose about half a percent in after-hours trading after the service resumed.

“To every small and large business, family, and individual that counts on us, I’m sorry,” tweeted Mike Schroeber, Facebook’s chief technology officer, adding that “it may take some time to get to 100%.”

Several Facebook employees, who declined to be named, said they believed the outage was caused by an internal error in how Internet traffic was routed to its systems. Employees said the failure of internal communication tools and other resources that depended on the same network to function exacerbated the error.

Security experts said an inadvertent error or sabotage by an insider was reasonable.

“Facebook has essentially locked its keys in its car,” tweeted Jonathan Zittrain, director of the Berkman Klein Center for Internet and Society at Harvard University.

Twitter on Monday reported higher than usual usage, which led to some issues with people accessing posts and direct messages.

In one of the most popular tweets of the day, video streaming company Netflix shared a meme from its hit new show “Squid Game” titled “When Instagram and Facebook Crashes”, which showed a person named “Twitter” raising a character about to fall called “Everyone”.

Within the Facebook ad buyer group, one wise member recalled after the service that “a lot of people have searched today for ‘how to run Google ads for customers'”.

Facebook, which is the world’s largest seller of online advertising after Google, was losing about $545,000 in US ad revenue per hour during the outage, according to estimates by ad measurement firm Standard Media Index.

However, past stops at Internet companies have had little long-term impact on their revenue growth.

Shortly after the outage began, Facebook acknowledged that users were having trouble accessing its apps, but did not provide any details about the nature of the problem or say how many users are affected.

The error message on Facebook’s web page indicates an error in the Domain Name System (DNS), which allows web addresses to transport users to their destinations. A similar outage at cloud company Akamai Technologies Inc (AKAM.O) also led to the shutdown of multiple websites in July.

On Sunday, Frances Hogan, who served as a product manager on Facebook’s civil disinformation team, revealed that she was the whistleblower who provided documents supporting a recent Wall Street Journal investigation and a US Senate hearing last week about the harm Instagram is doing to teenage girls.

Haugen was set to urge the same Senate subcommittee on Tuesday to regulate the company, which it plans to liken to tobacco companies that have denied for decades that smoking is harmful to health, according to prepared testimony seen by Reuters.