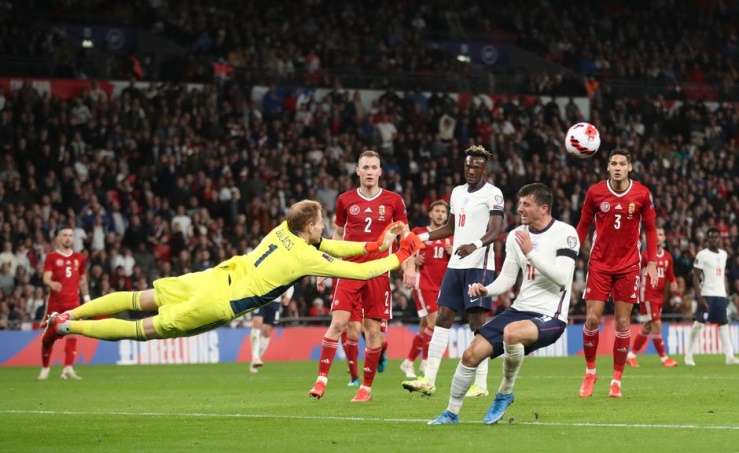 London, October 12 (BNA) England took another somewhat faltering step towards the 2022 World Cup qualifiers when they drew 1-1 with Hungary at Wembley on Tuesday to remain top of Group A with two games remaining.

In a match marred by a fight in the stands between Hungary fans and the police, the visitors took a penalty kick by Roland Salai after 24 minutes, and England equalized in the 37th minute through John Stones after a free kick from Phil Foden.

England were full of attacking talent but were unable to impose themselves on a team they beat 4-0 in Budapest last month and created few more chances against the feuding Hungarians, Reuters reported.

The result left England at the top of the division with 20 points.

Euro 2020 runners-up remain a strong favorite to win the group with the remaining matches against Albania and San Marino next month, while Hungary, who are fourth with 11 points, need a miracle to snatch second and second place.