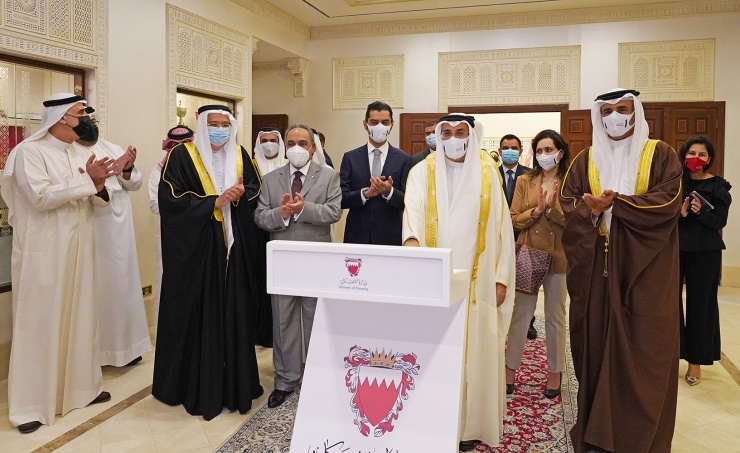 The platform is an interactive housing service that provides several options for citizens, such as the ability to reserve units, pay reservations, learn about offers, standards and financing requirements for banks, especially those participating in the “Mazaya” program.

The Deputy Prime Minister confirmed that the Ministry of Housing has made exceptional progress during the reign of His Majesty King Hamad bin Isa Al Khalifa thanks to the support of His Majesty the King and the follow-up of His Royal Highness Prince Salman bin Hamad Al Khalifa, Crown Prince and Prime Minister. He noted the ongoing efforts to build the five new residential cities to provide a decent living for Bahraini citizens.

The Minister of Housing, Basem bin Yaqoub Al Hamar, briefed Sheikh Khalid on the latest developments in providing commercial services on the lands owned by the Housing Bank in the new cities of Bahrain, and the bank’s plans to develop these lands during the next few period, to serve the residents of the cities and their various complexes.

The minister discussed the plans of the “Sharaka” program to develop government lands, which is scheduled to provide 16,000 housing units during the next ten years, in line with the objectives of the government’s program with regard to providing innovative housing solutions to citizens.