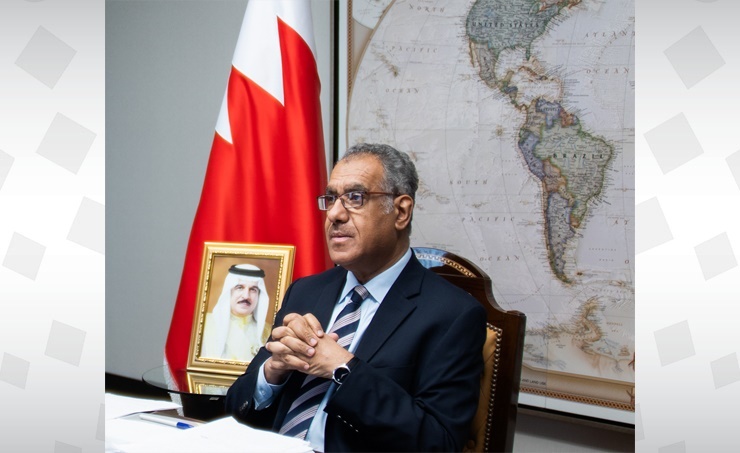 Manama, October 13 (BNA) Undersecretary of the Ministry of Foreign Affairs for Consular and Administrative Affairs Ambassador Tawfiq Ahmed Al-Mansour today delivered a lecture entitled “Multilateral Relations: The United Nations” within the framework of diplomatic cooperation. Between the Ministries of Foreign Affairs of the Kingdom of Bahrain and the Republic of Iraq.

The lecture was attended by the Director General of the Mohammed bin Mubarak Al Khalifa Academy for Diplomatic Studies, Ambassador Dr. Munira bint Khalifa Al Khalifa, and a number of diplomats from the two ministries.

Ambassador Al-Mansour praised the important role played by the United Nations and its various organs, indicating their efforts to enhance cooperation and joint coordination with various countries in many fields.

He also reviewed the work of countries in general and their partnership with many regional and international organizations in particular, noting the importance of international partnerships in achieving the desired goals and aspirations of all countries.