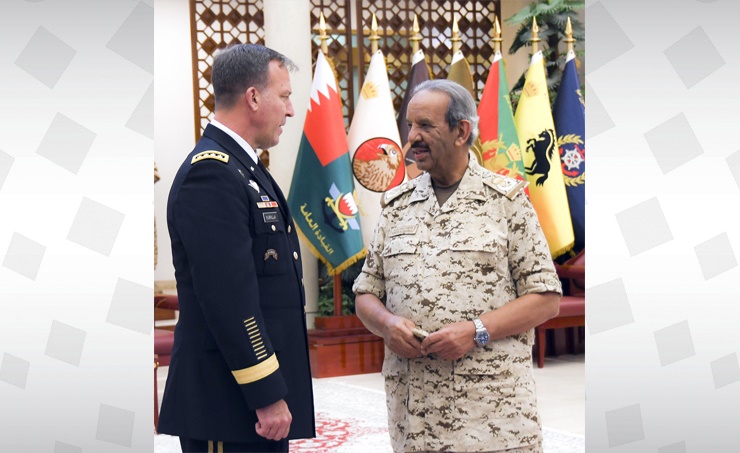 
It was attended by the Chief of Staff of the Bahrain Defense Force, Lieutenant-General Diab bin Saqr Al-Nuaimi.


The Commander in Chief praised the close cooperation between Bahrain and the United States, noting the development witnessed by all levels.


Sheikh Khalifa expressed his wishes for continued coordination in various affairs, especially in the military field.