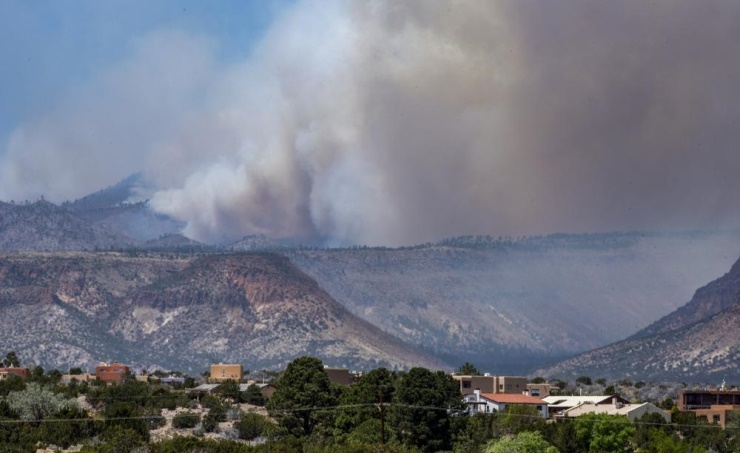 NEW MEXICO, May 1 (BUS) – More than 1,000 firefighters backed by bulldozers and aircraft faced the largest active wildfire in the United States on Saturday after strong winds pushed it across some containment lines and closer to a small city in northern New Mexico. .

Ash, which was carried 7 miles (11 kilometers) through the air, fell into Las Vegas, a city of about 13,000, and firefighters were trying to prevent the blaze from approaching, said Mike Johnson, a spokesman for the fire department.

Calm winds on Saturday aided firefighting efforts after storms accelerated the progress of the fire to a point Friday when “we were watching the fire march about one mile every hour,” said Jason Coyle, fire operations officer.