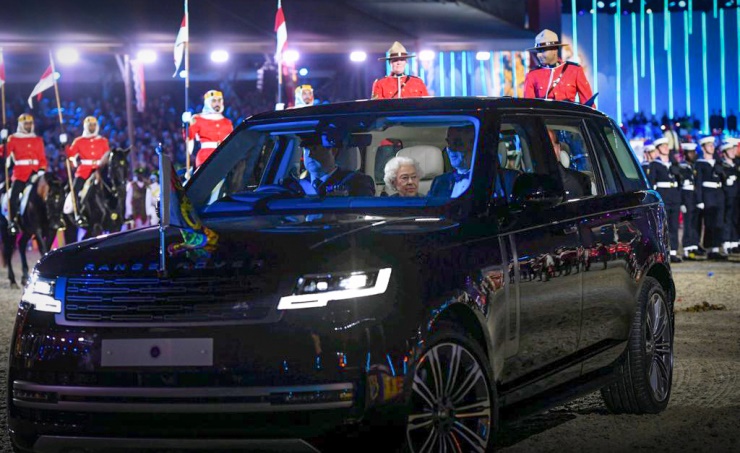 London, May 16 / BNA / Within the framework of the strong historical relations between the Kingdom of Bahrain and the United Kingdom, and in line with the directives of the National Security Adviser, Commander of the Royal Guard, Major General Sheikh Nasser bin Hamad Al Khalifa, and participated in the closing parade of the Windsor Equestrian Festival, cavalry from the Bahraini Royal Guard, along with Knights of the participating countries. The parade was held as part of the Platinum Jubilee celebration in honor of Her Majesty Queen Elizabeth II, Queen of the United Kingdom and Northern Ireland.

The cavalry of the Bahraini Royal Guard presented prominent performances in traditional Bahraini costumes that reflected the authentic Bahraini heritage and identity. This participation was complementary to the participation of the Royal Bahrain Endurance Team in the races of 160 km, 120 km and 100 km, classified internationally within the International Equestrian Federation, and the participation of the Bahrain Defense Force and the Ministry of Interior teams. Which won the appreciation of everyone by obtaining the first places in these competitions.

The ceremony was attended by the Ambassador of the Kingdom of Bahrain to the United Kingdom, His Excellency Sheikh Fawaz bin Mohammed Al Khalifa, and a number of officials.

His Excellency Sheikh Fawaz bin Mohammed Al Khalifa affirmed that the strong and growing relations between the two countries achieve common interests. He praised the distinguished performances presented by the cavalry corps of the Bahraini Royal Guard, which reflect the far-reaching vision of His Highness Sheikh Nasser bin Hamad Al Khalifa.