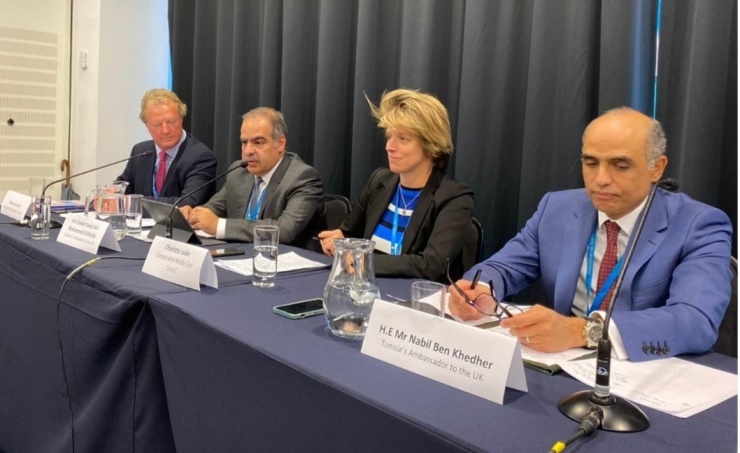 London, April 6 / BNA / The Ambassador of the Kingdom of Bahrain to the United Kingdom Sheikh Fawaz bin Mohammed Al Khalifa participated in a conference organized by the Conservative Party Council for Middle East Affairs (CMEC).

The conference “Global Britain and the Middle East: Challenges and Opportunities” took place on the sidelines of the Conservative Party conference in Manchester.

In his speech, Sheikh Fawaz stressed the depth of relations between the Gulf Cooperation Council countries and the United Kingdom in all fields, looking forward to achieving broader partnerships with international partners.

He referred to the directives of His Majesty King Hamad, which confirm Bahrain’s ambitious aspirations to achieve competitiveness, innovation, flexibility and development.

He added that it is of increasing importance in the wake of unstable conditions around the world.

The conference also dealt with the upcoming United Nations Climate Change Conference (COP26) and Bahrain’s aspirations regarding its results and areas of cooperation in renewable energy sources and environmentally friendly technologies.

They also discussed developments in relations between Bahrain and Israel and the signing of the Declaration of Support for Peace and the Ibrahim Agreements and their impact on peace, security and prosperity in the Middle East region.