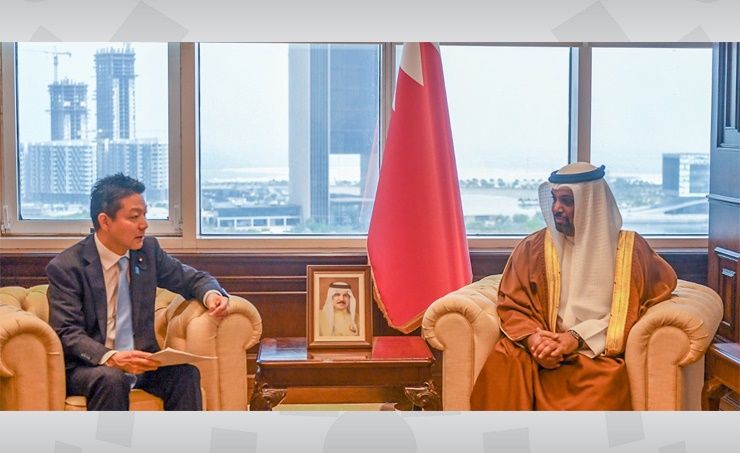 Manama, June 23 (BNA) Minister of Finance and National Economy Sheikh Salman bin Khalifa Al Khalifa affirmed the Kingdom of Bahrain’s keenness to enhance cooperation with Japan in various fields, especially with regard to the economy and investments, which reflects the depth of cooperation with Japan. Close relations between the two countries.

The Minister highlighted the development and growth of the Kingdom of Bahrain at all levels, thanks to the attention paid by His Majesty King Hamad bin Isa Al Khalifa, and the keenness and follow-up of His Royal Highness Prince Salman bin Hamad Al Khalifa, Crown Prince and Prime Minister.

This came during his meeting with Japanese Deputy Foreign Minister Honda Taro on a visit to the Kingdom, where Bahrain and Japan are celebrating the fiftieth anniversary of the establishment of diplomatic relations.

Signing an agreement to encourage and protect investment between Bahrain and Japan.

Sheikh Salman stressed the importance of the agreement in enhancing economic and investment cooperation between Bahrain and Japan.

The agreement aims to provide an appropriate investment environment to enhance the activities of investors in Bahrain and Japan, encourage investment between the two countries, and highlight Bahrain as an attractive investment destination for Japanese companies.